Slavery is a crime that can be hidden in plain sight. It could be happening on your high-street, in your offices or even at school and you would not even notice it. Therefore, it is important that we are able to spot the signs of slavery and human trafficking to keep ourselves and those around us safe.

Victims may shows signs of physical abuse (including untreated injuries). This means that they could look malnourished, anxious, agitated or may appear neglected and shy.

Victims may be prohibited from travelling on their own, seem under the control, influence of others, rarely interact or appear unfamiliar with their neighbourhood or where they work

Relationships that don’t seem right is also an indicator of modern slavery. For example a young teenager appearing to be the boyfriend/girlfriend of a much older adult

Victims may be subjected to living in dirty, cramped or overcrowded accommodation, and/or living and working at the same address.

Often, victims will not have identification documents, have few personal possessions and may wear the same clothes day in and day out. What clothes they do wear may not be suitable for their work.

Victims may have their freedom of movement restricted. There might be little opportunity for victims to move freely and may have had their travel documents retrained, e.g. passports

Victims may be dropped off and collected for work on a regular basis either very early or late at night. Unusual travel arrangements is a sign of exploitation. For example, children being dropped off and picked up in private cars or taxis at unusual times and in places where it isn’t clear why they’d be there.

Victims may avoid eye contact, appear frightened or hesitant to talk to strangers and fear law enforcers for many reasons, such as not knowing who to trust or where to get help, fear of deportation, fear of violence to them or their family. 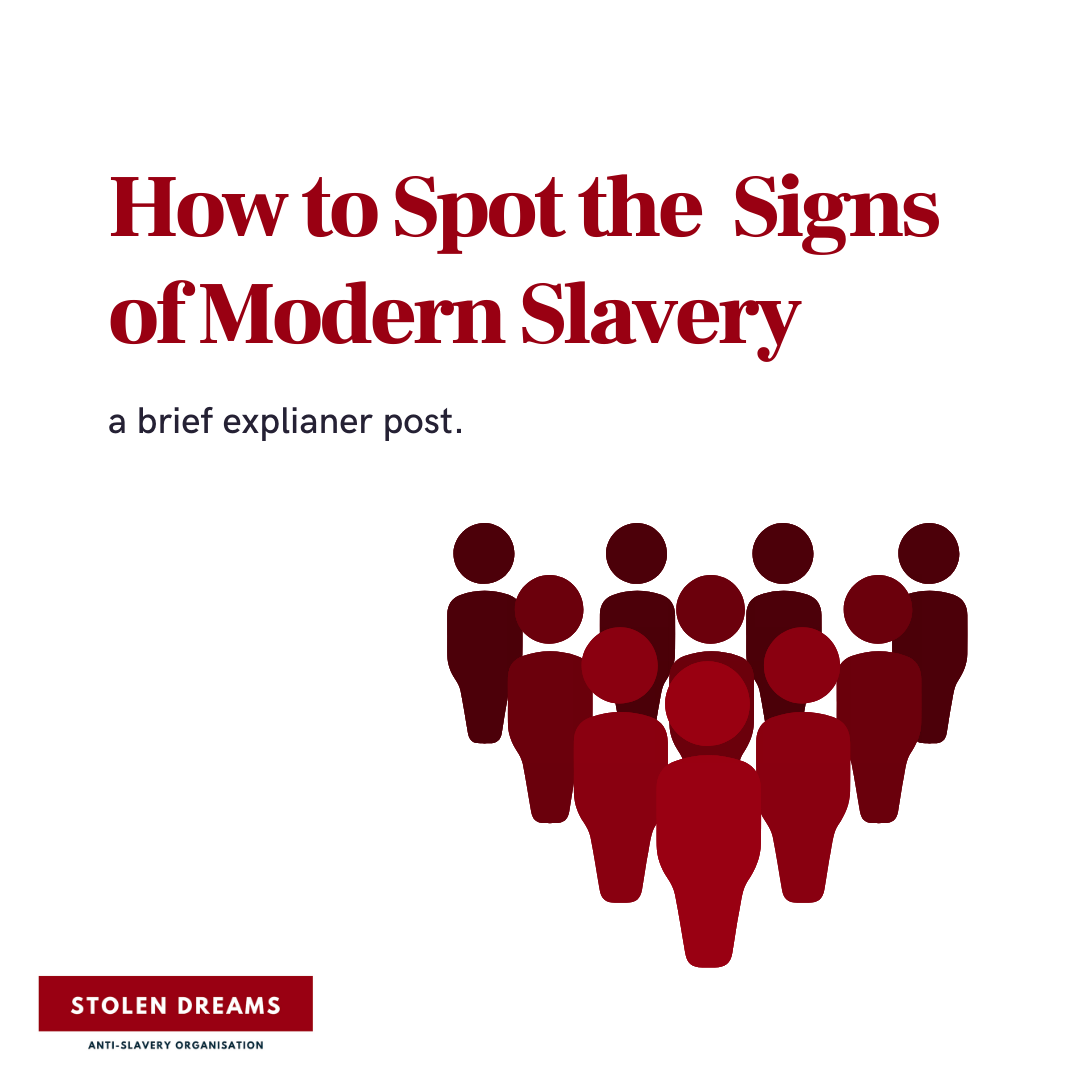 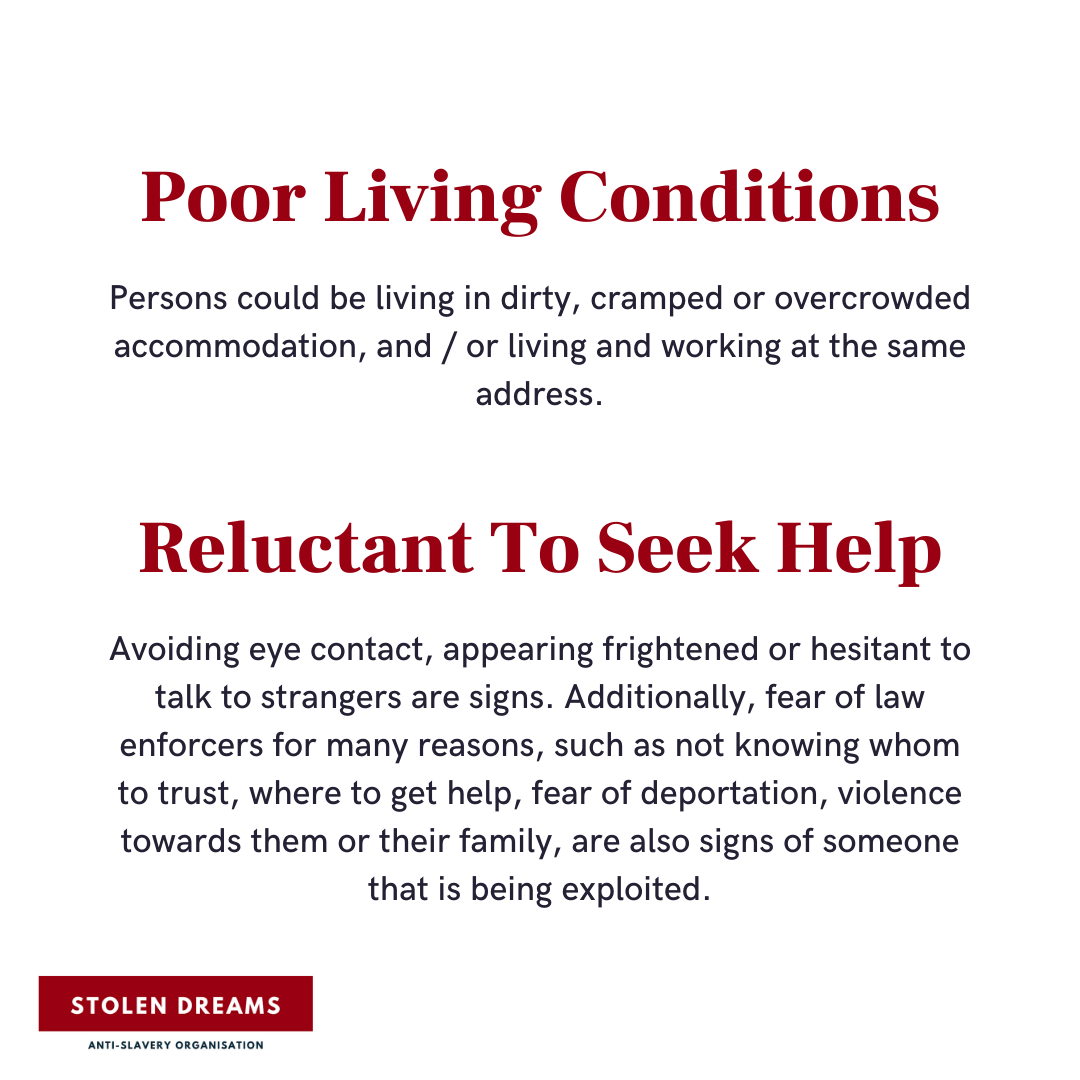 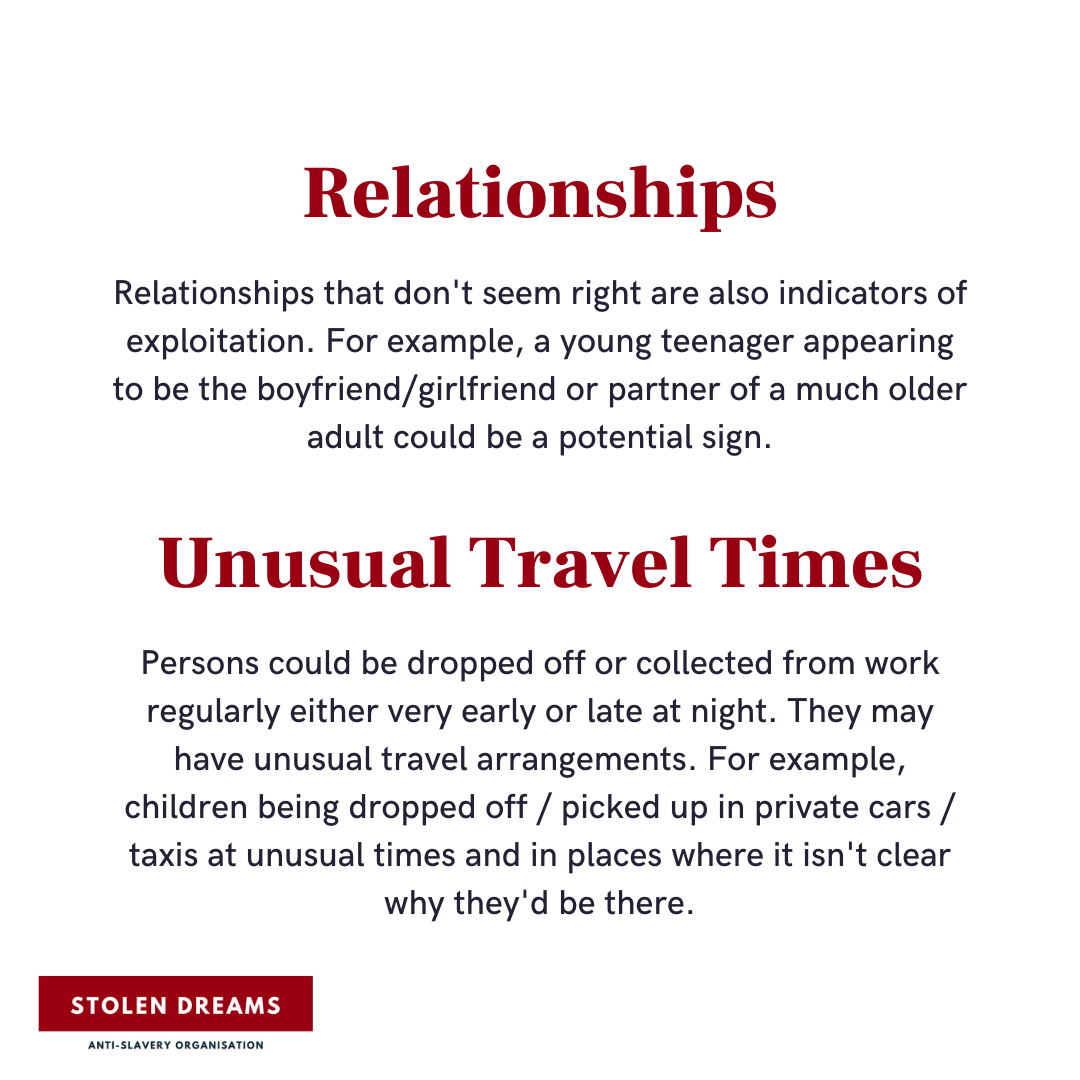 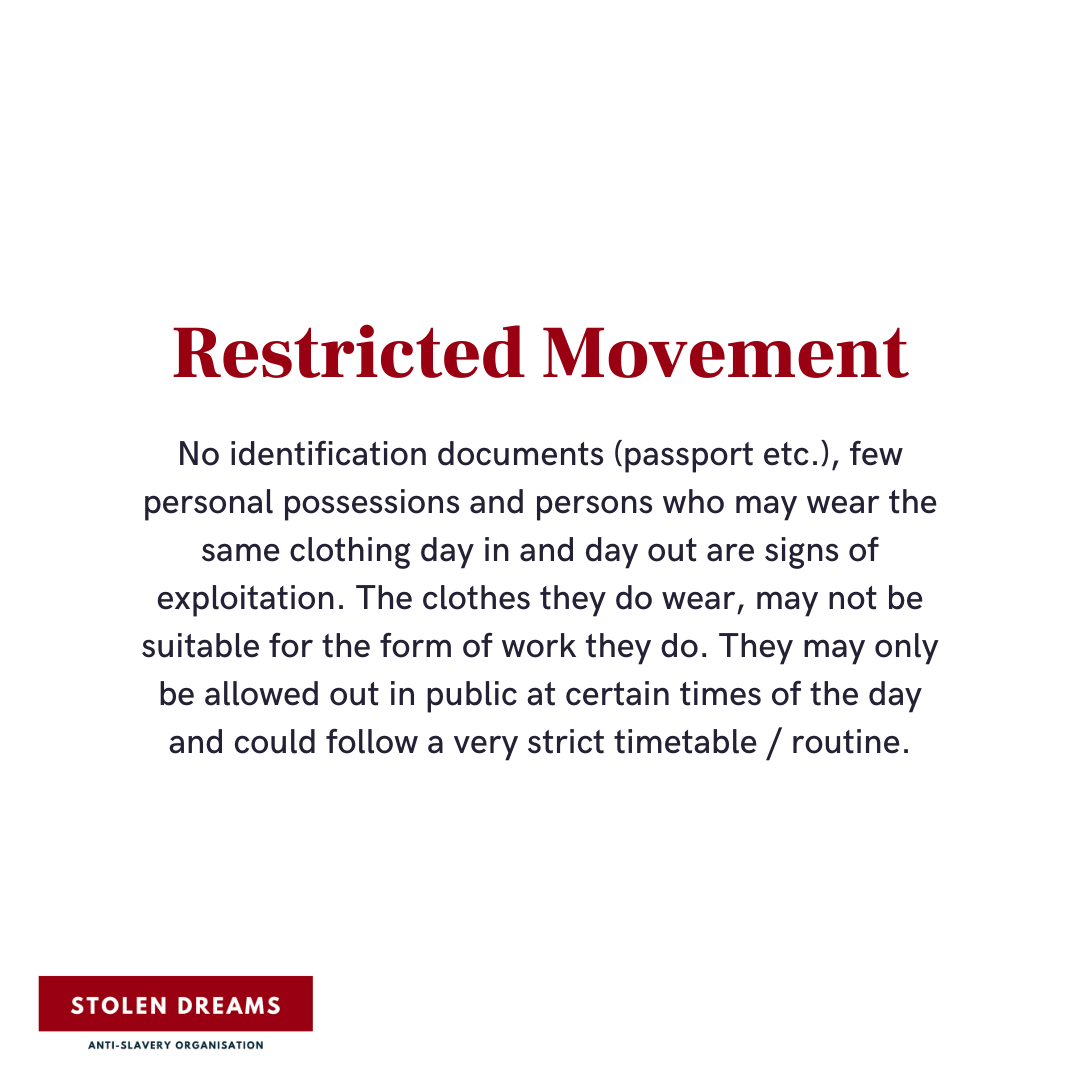