The National Crime Agency defines County Lines as: “the term used when drug gangs from big cities expand their operations to smaller towns, often using violence to drive out local dealers, and exploiting children and vulnerable people to sell drugs. These dealers will use dedicated mobile phone lines, known as ‘deal lines’ to take orders from users. In most instances, customers will live in a different area to where the dealers and networks are based, so drug runners are needed to transport the drugs and collect payment”.

According to the National Crime Agency’s (NCA) data from 2018, potential victims ranged in age from eleven to fifty-six. However, the majority of the National Referral Mechanism (NRM) referrals were between the ages of fifteen and seventeen.

The primary age group for exploitation was considered to be fourteen to seventeen in a 2019 study, but the report also indicated that the grooming age was getting younger, with reports that children as young as seven were being targeted. In 2019, 7000 potential victims were identified.

Children are targeted in particular because they are easier to monitor, manipulate, and reward than adults. Children from disadvantaged backgrounds are more likely to be targeted, including, those living in poverty, those who experience family breakdowns, have behavioural or developmental disabilities, and those who are removed from schools.

Drug gangs may also target children from stable backgrounds. This is believed to be because they have no criminal records and therefore are less likely to draw attention from authorities.

Young people are labelled as “victims” and “offenders,” which has made it challenging to break away from punitive systems on the front lines. Besides, these distinctions are tough to draw in practice.

The Crown Prosecution Service continues to prosecute young people in the NRM mechanism for multiple crimes, which may lead to serious wrongful convictions.

The Modern Slavery Act of 2015 created a legislative structure for fighting criminal trafficking across county lines. However, bringing cases under the act has proved exceedingly difficult, and defence barristers have struggled.

Firstly, the complexities of county lines need to be understood. Not all drug dealers need to be treated as criminals; the line between a victim and a criminal is often blurred.

Second, judicial clarity is needed. This includes reviewing the NRM mechanism and prosecution practices in county line cases. The Modern Slavery Act also needs to be reviewed and recommendations by the Independent Review in 2018 must be adopted.

Thirdly, the root causes that enable the exploitation of children in the first place need to be addressed. This includes providing substantial education and training opportunities, poverty alleviation, affordable housing, support for LGBTQ+ youth etc. 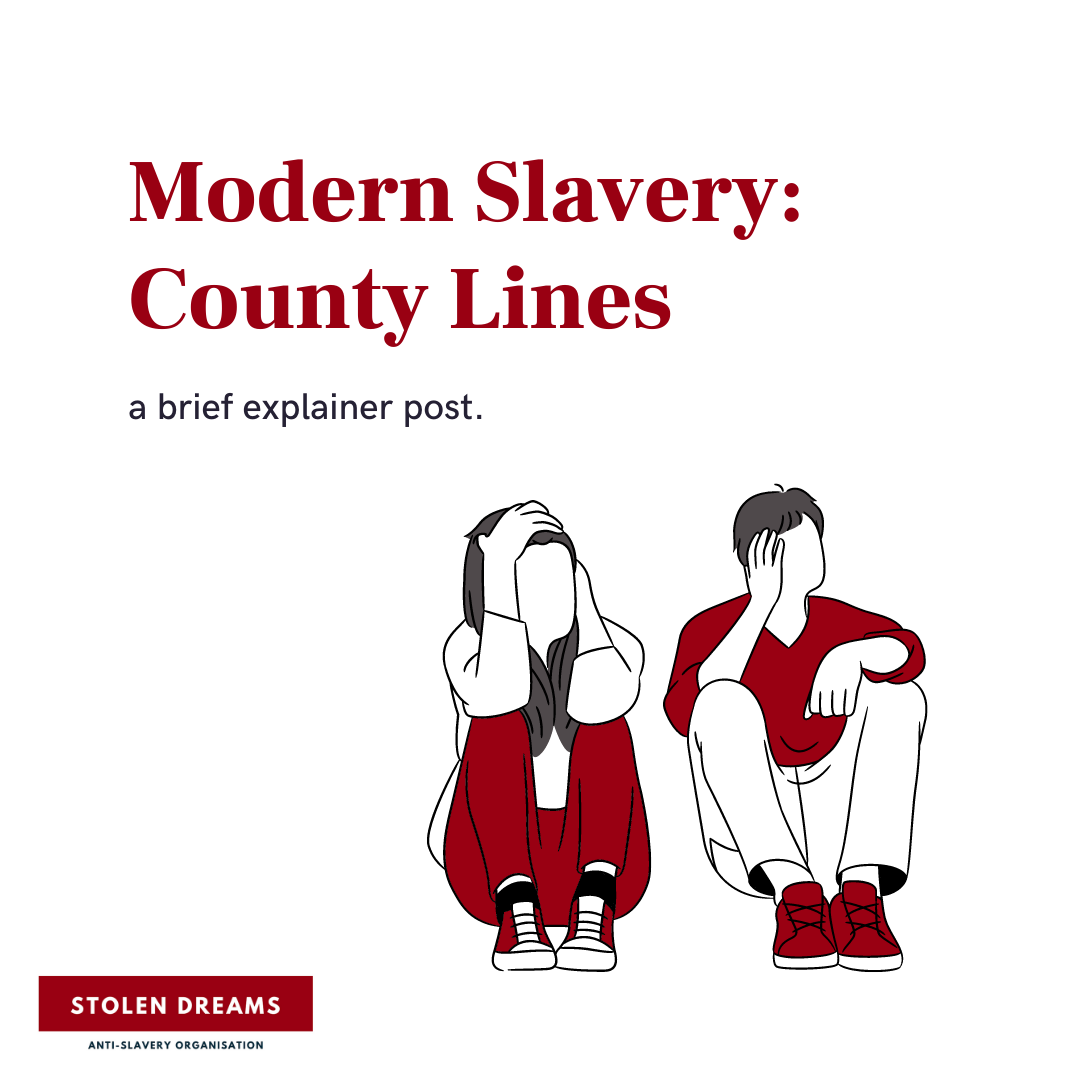 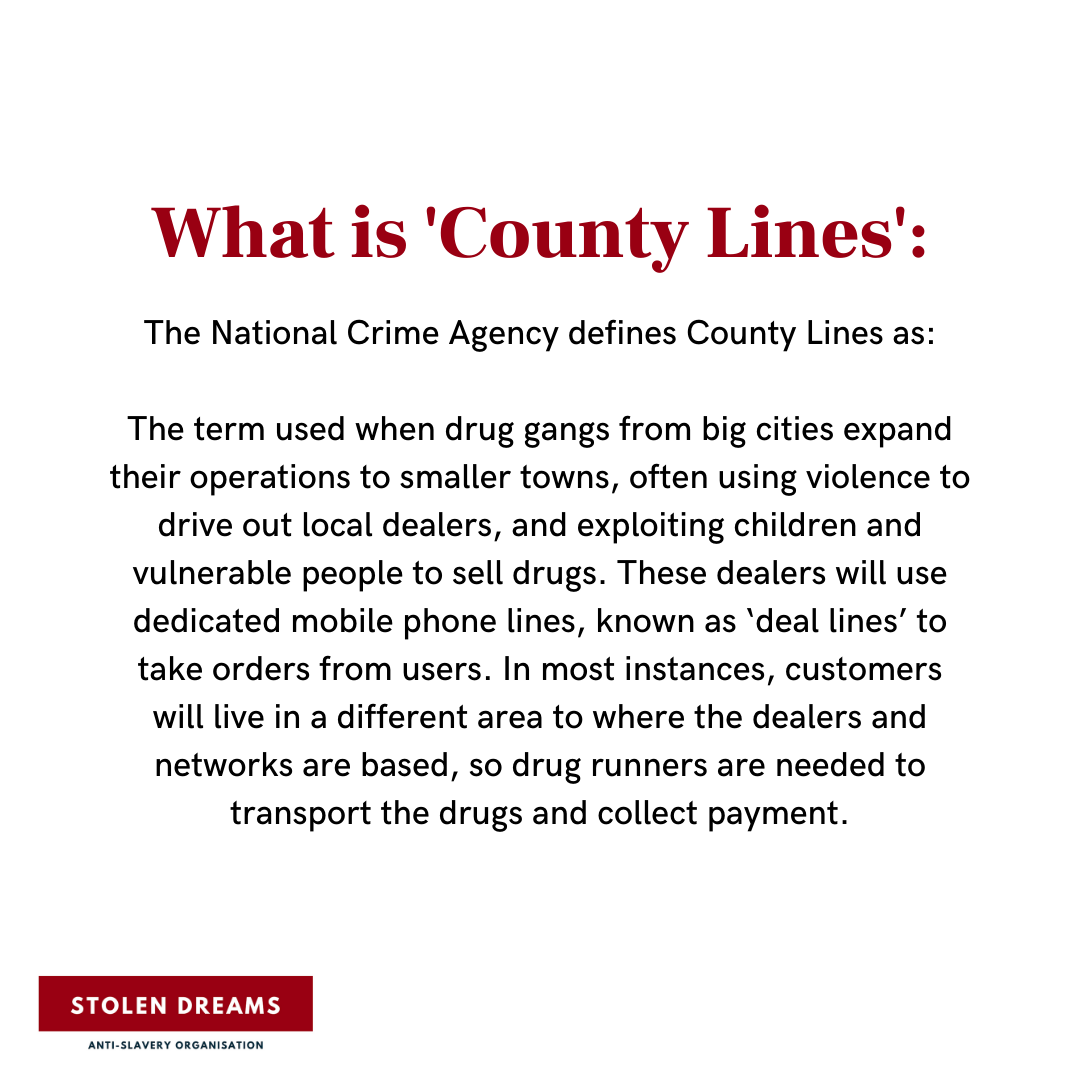 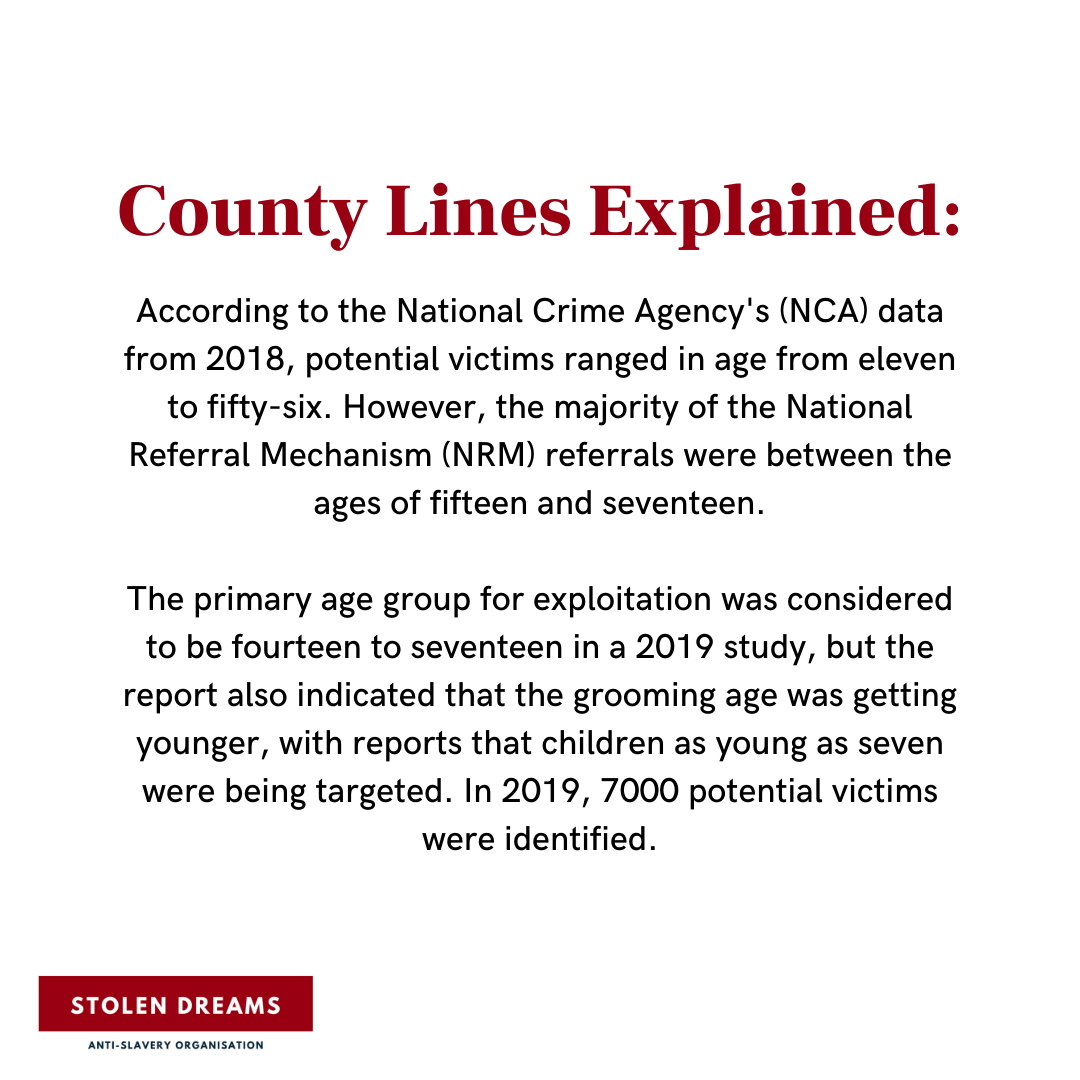 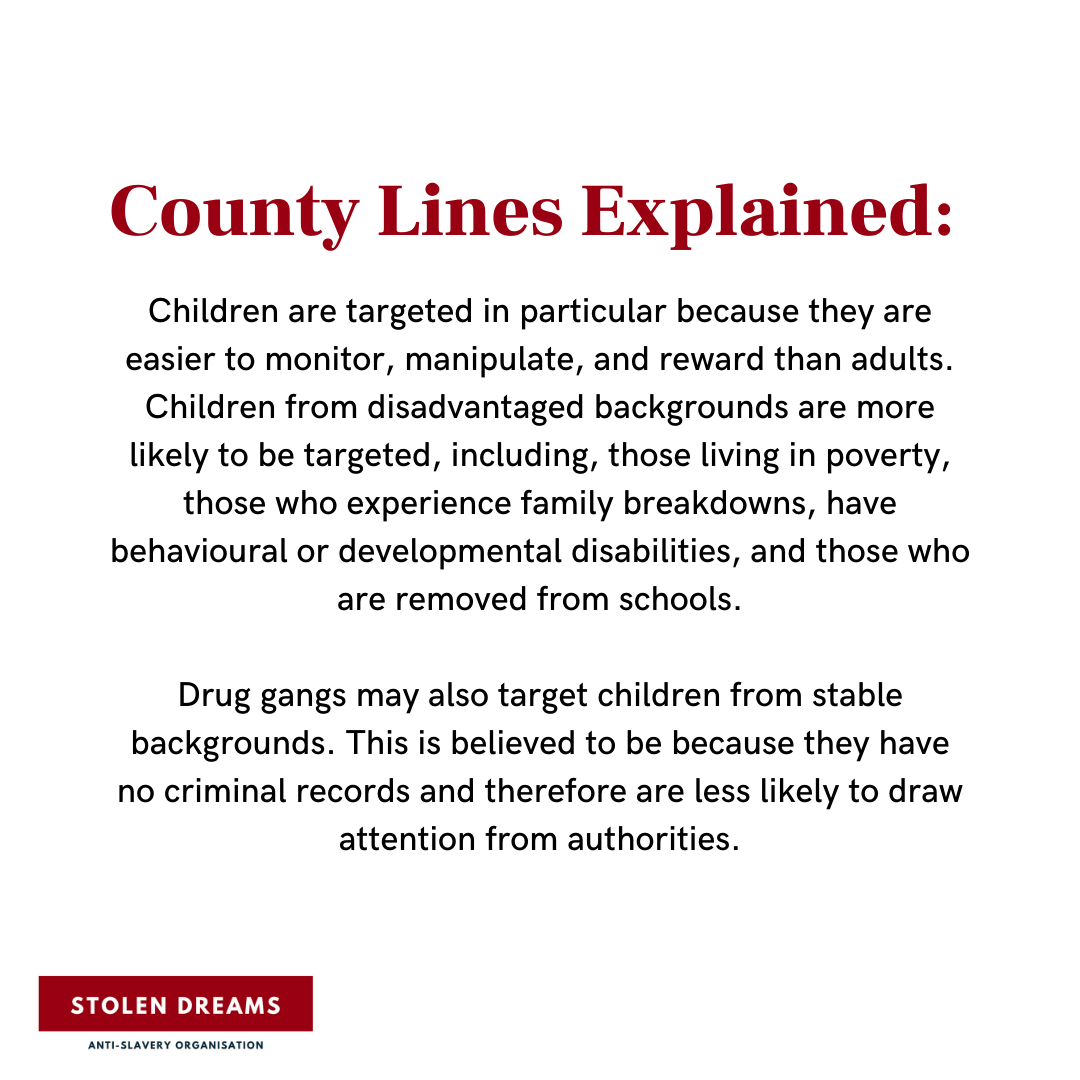 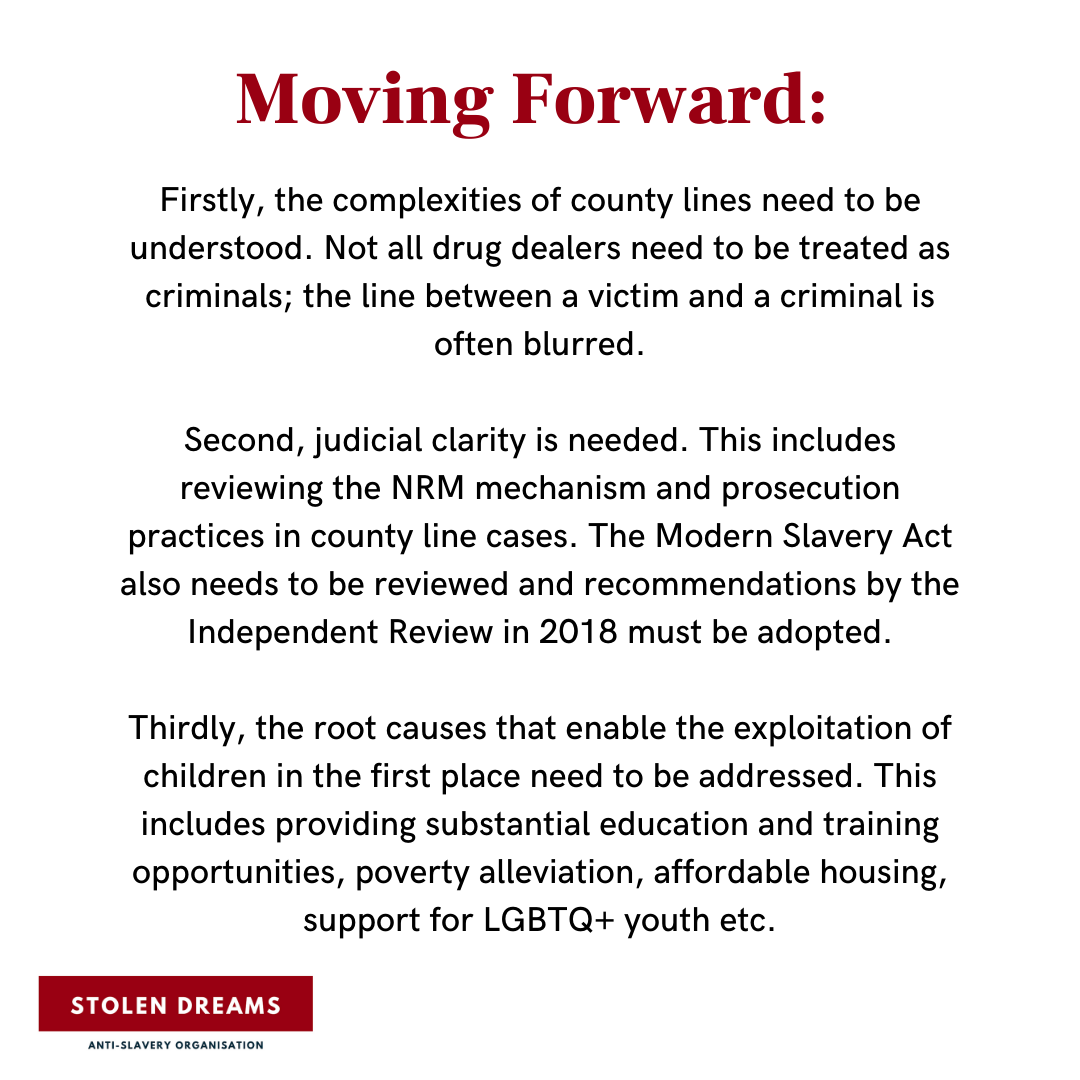