The international trade in human organs is on the increase, fuelled by growing demand as well as unscrupulous traffickers; who force and tempt vulnerable people to sell a kidney for as little as US$ 1000.

The organ trade (also known as Red Market) exists due to there being more than 112,000 candidates waiting for organ transplant in the United States alone, with the average waiting time for heart and liver transplants in the U.S. between 2003-2014, was approximately 148 days.

There is a worldwide shortage of organs available for transplantation, yet the commercial trade of human organs is illegal in all countries except Iran. Despite these prohibitions, organ trafficking and transplant tourism remain widespread (however, the data on the extent of the black market trade in organs is difficult to obtain).

Global Financial Integrity (GFI) estimates that globally, 10% of organ transplants are done using trafficked organs. The most common organs to be trafficked are the kidneys. The World Health Organisation, in a 2018 report, stated that over 10,000 kidneys are traded on the black market every year. This equates to more than one kidney being bought/sold every hour.

The question of whether to legalize and regulate the organ trade to combat illegal trafficking and organ shortage is greatly debated. This discussion typically centres on the sale of kidneys by living donors, since human beings are born with two kidneys but need only one to survive.

Illegal organ harvesting and trafficking generally is not harvesting organs from willing donors going against cultural laws for the sake of compassion, but harvesting from unwilling or uninformed donors through exploitation of impoverished, indebted, homeless, uneducated, and refugee people.

Overall, the organ trafficking industry generates between US$840 million to $1.7 billion in illegal profits annually (GFI). 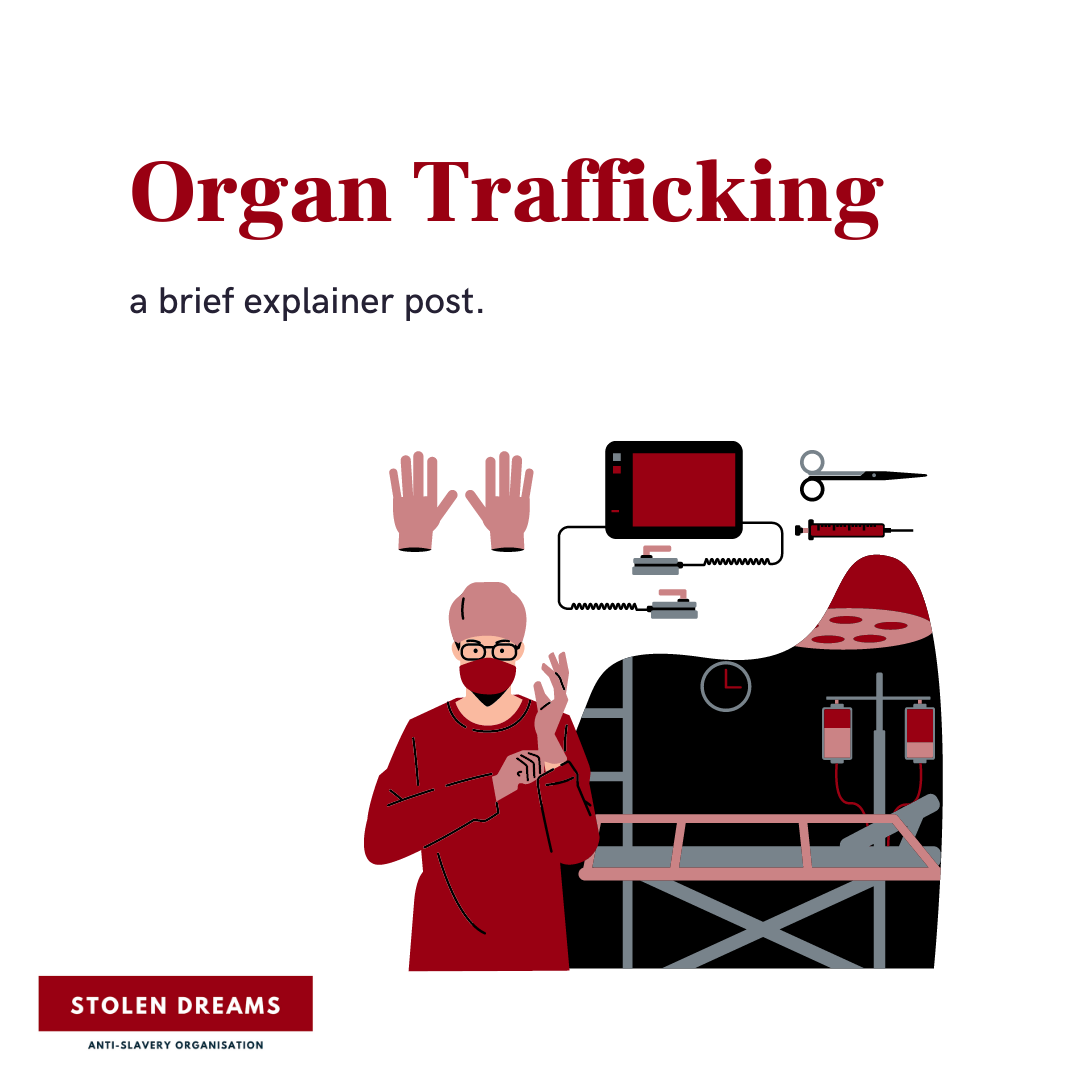 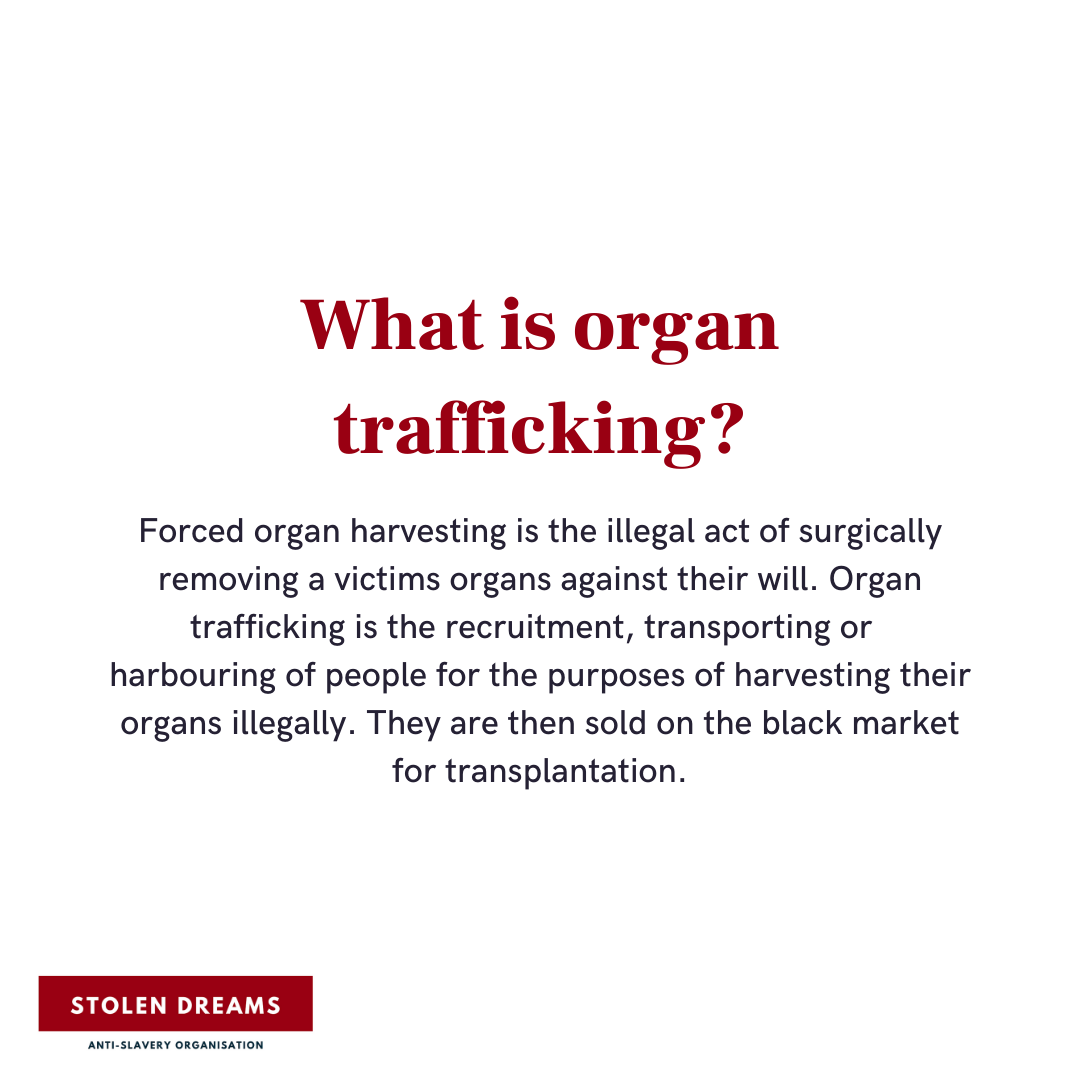 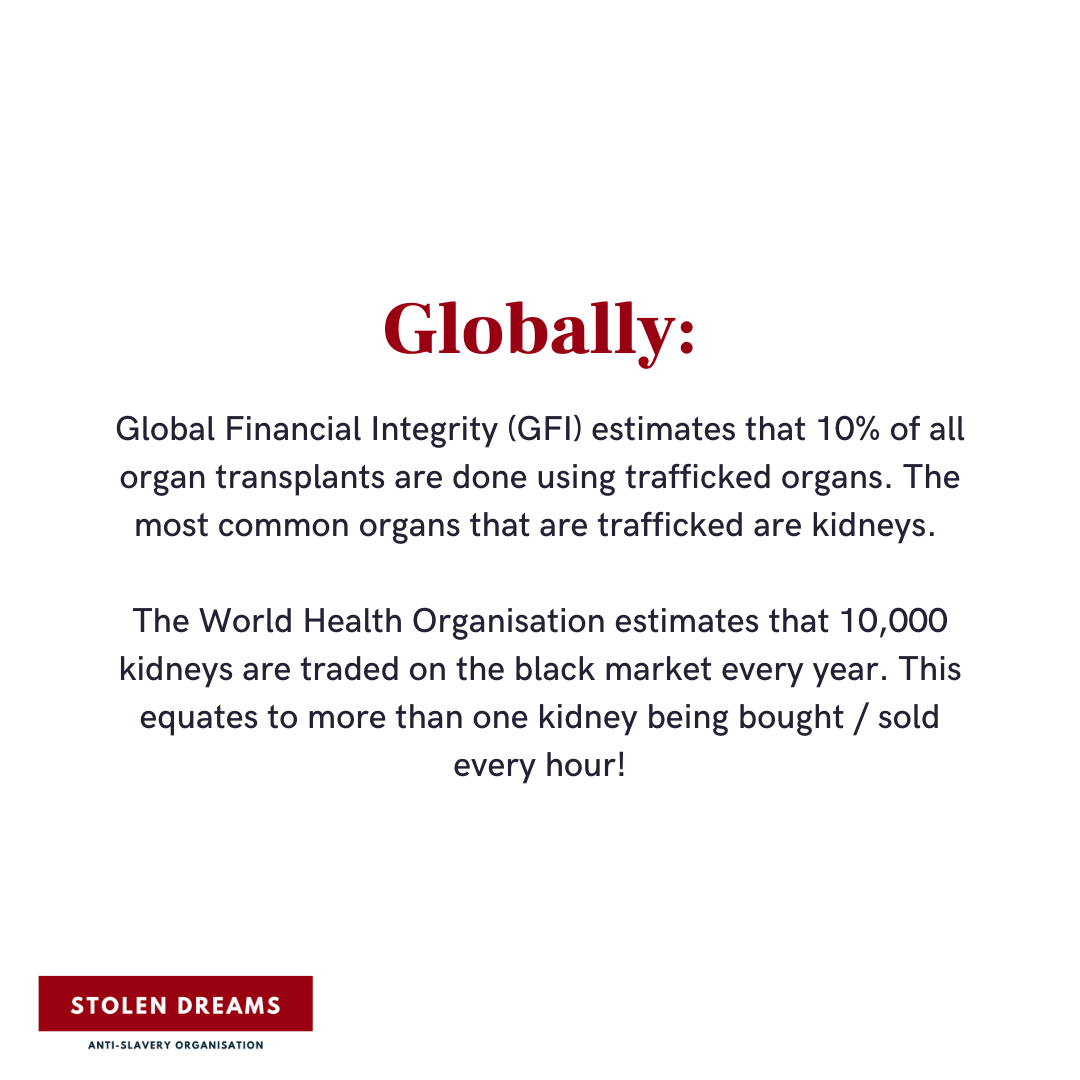 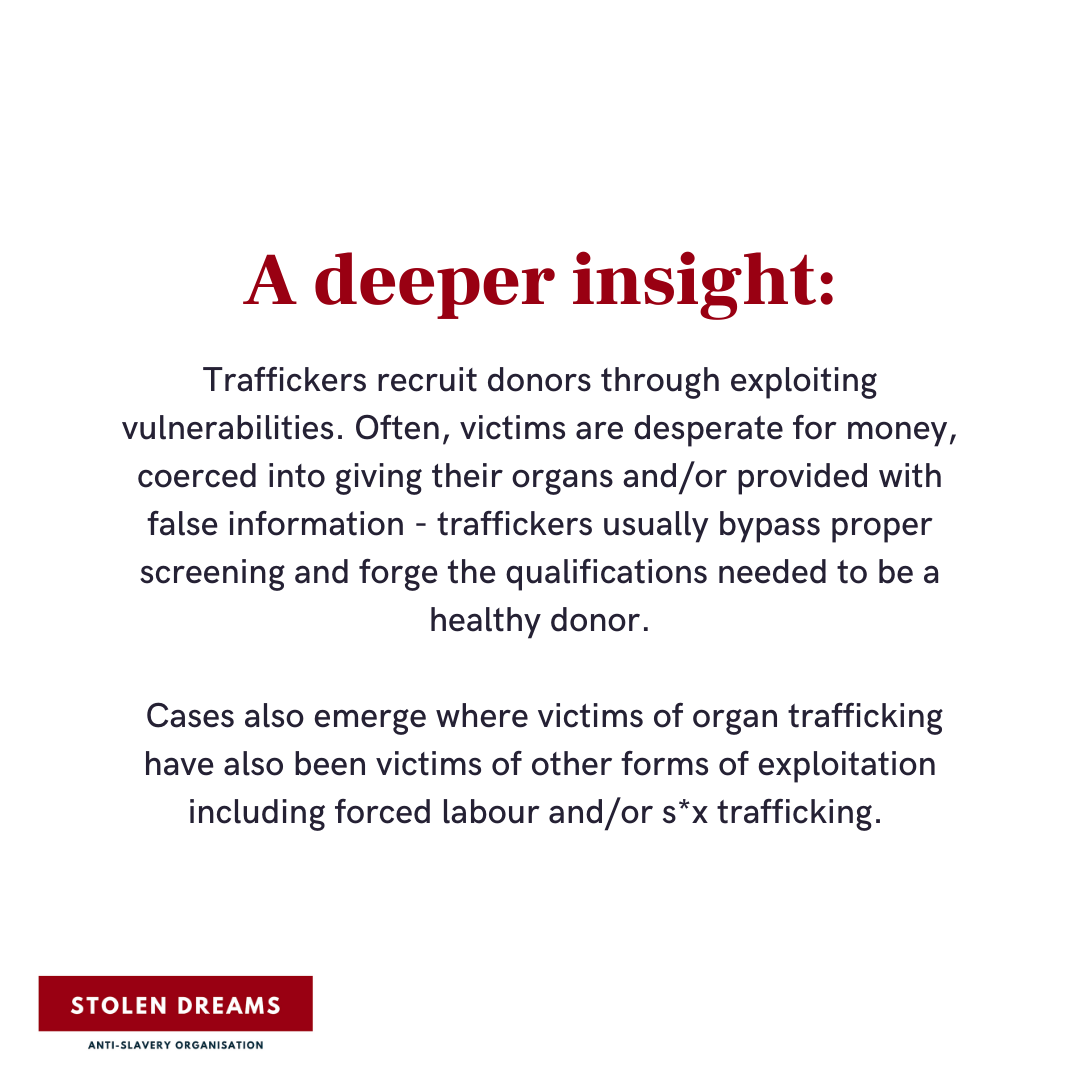 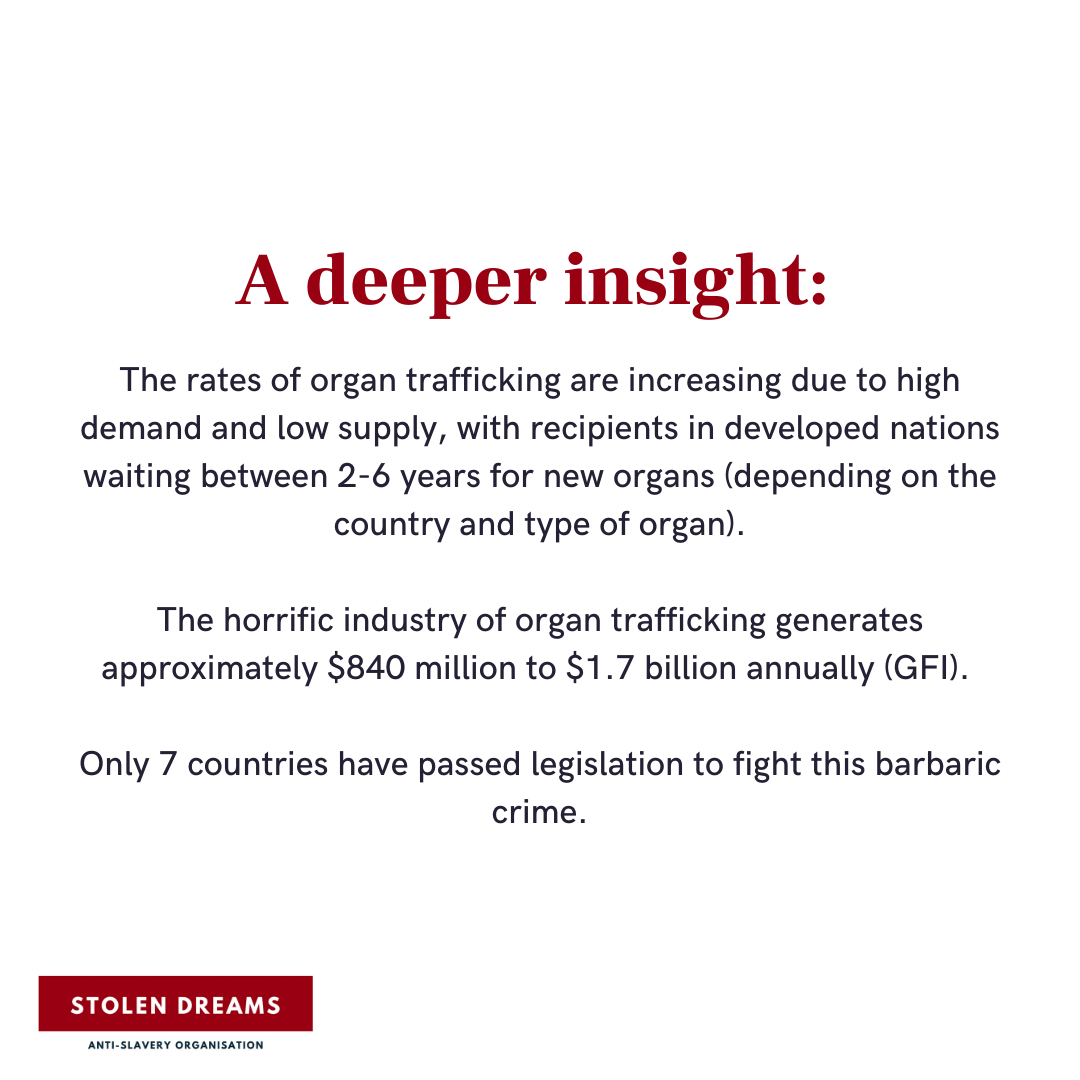