Child labour – work performed by children that is mentally, physically, socially or morally dangerous and harmful to children, affecting their health and personal development, or that interferes with their compulsory schooling. It is important to note however, that not all child labour is forced labour.

Child soldiers – the use of children in armed conflict is one of the worst forms of child labour, a violation of human rights and a war crime. This Involves the unlawful recruitment or use of children through force, fraud, or coercion as combatants (soldiers) or for exploitative labour by armed forces. Perpetrators can be government forces, paramilitary organizations, or rebel groups. Some children are made to work as porters, cooks, guards, servants, messengers, or spies. Young girls can be forced to marry adult male combatants.

Worst forms of child labour – all forms of slavery or practices similar to slavery, such as the sale and trafficking of children, debt bondage and forced or compulsory labour, including forced or compulsory recruitment of children for use in armed conflict. This may also include the use, procuring or offering of a child for illicit activities and work which, by its nature or the circumstances in which it is carried out, is likely to harm the health, safety or morals of children.

When children are trafficked, no violence, deception or coercion needs to be involved, trafficking is merely the act of transporting or harbouring them for exploitative work.

Over 5 million children are subjected to forced marriage. A pimp (someone who exploits people sexually) can make between $150,000-$200,000 per child every year. The global average age for a sex-trafficked child is 13-14 years old. 50% of sexually exploited children are boys and 76% of transactions for human trafficking with underage girls, start on the internet.

Poverty, limited opportunities, lack of education, unstable social and political conditions and economic imbalances are some of the key drivers that contribute to a child’s vulnerability in becoming a victim of modern slavery.

The children themselves may not know what awaits them. In cases of exploitation, children are unaware of their rights and often do not know how to get support.

Families may also make choices based on the limited range of options available. Rather than a lack of awareness, it is often out of economic desperation that a child ends up working in exploitative conditions; a social mobility strategy based on the lack of safe working opportunities.

Children are also subjected to forced labour in mining cobalt for our electronics, fishing in Thailand to supply to supermarkets, picking cotton in Uzbekistan for our clothing and palm oil for chocolate companies (to name a few examples). 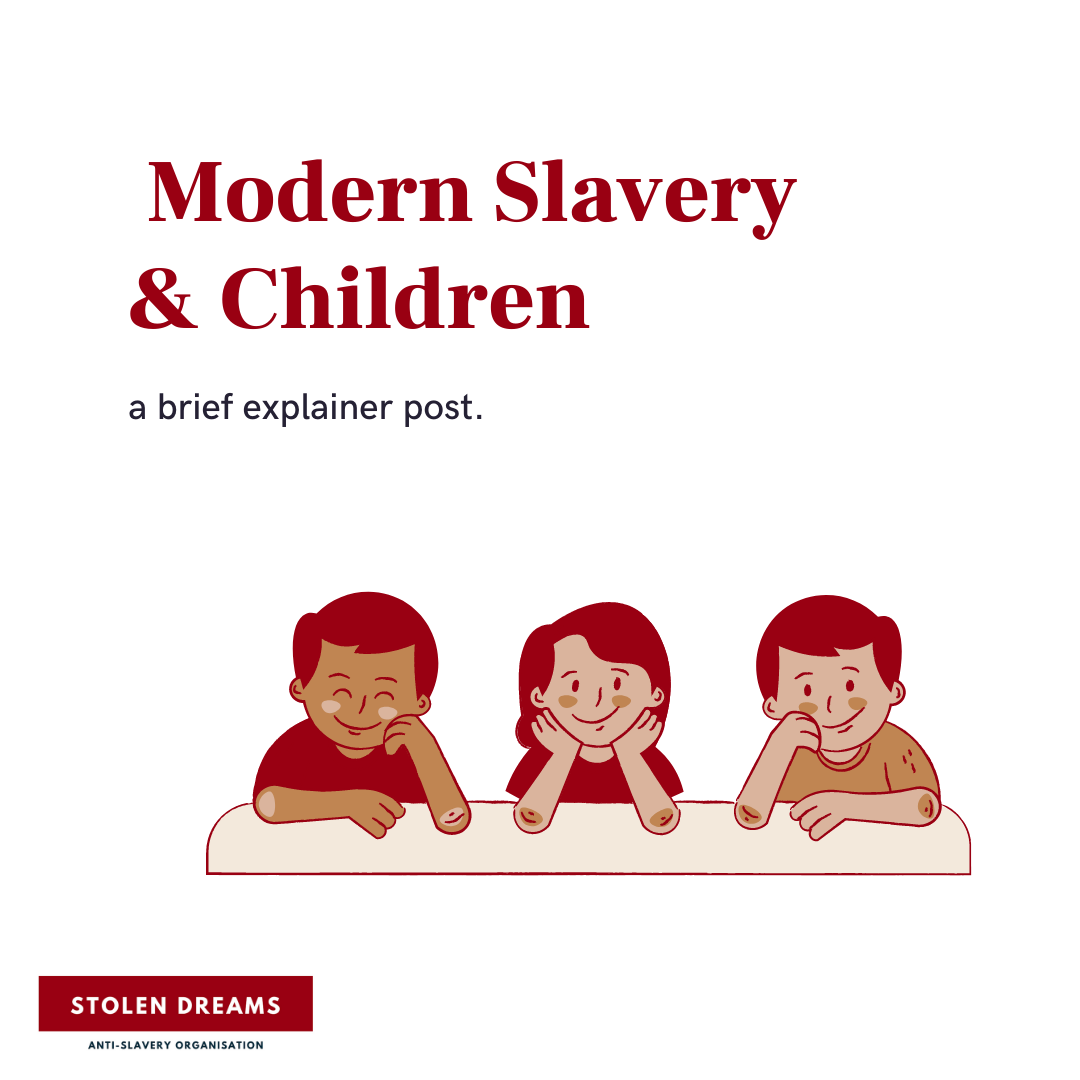 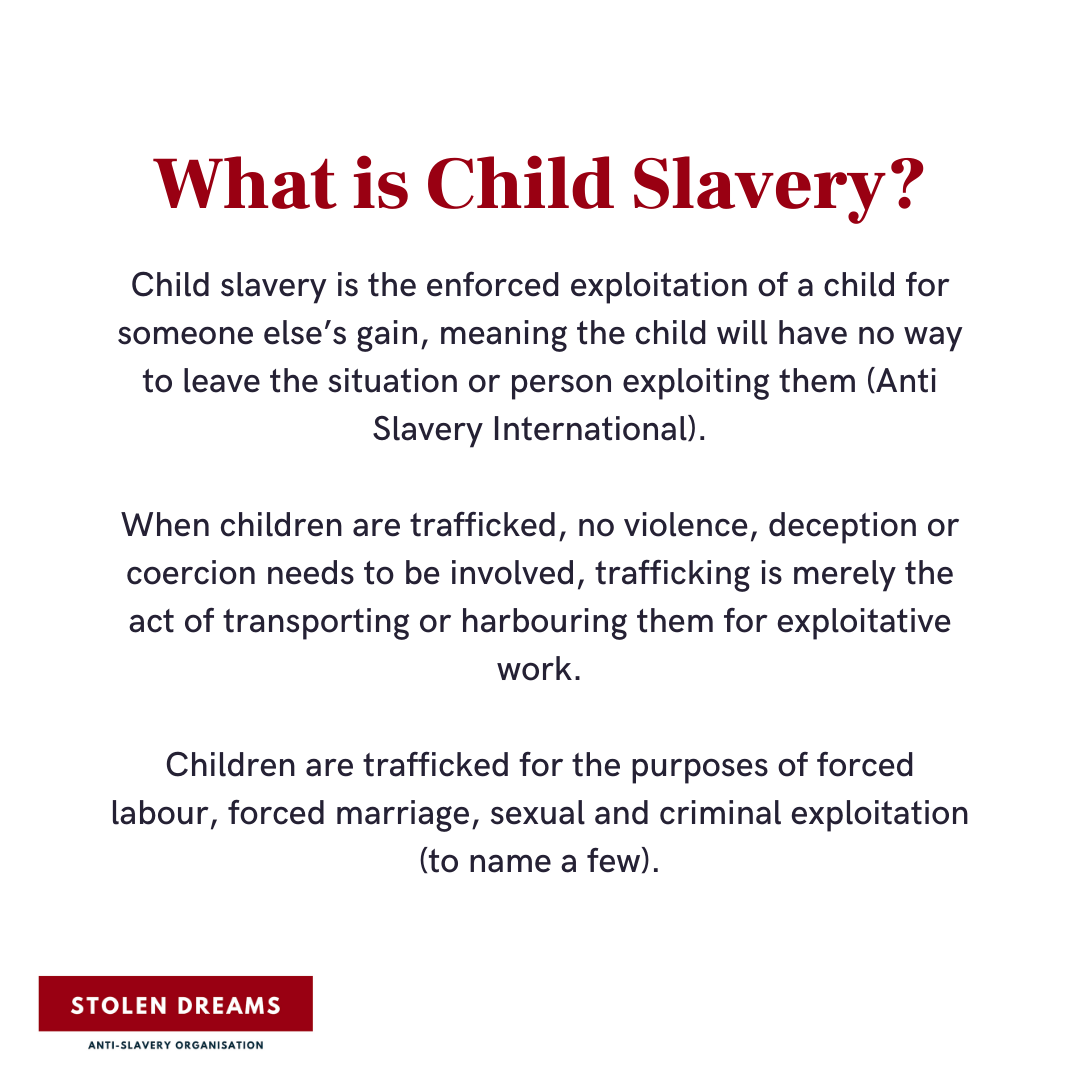 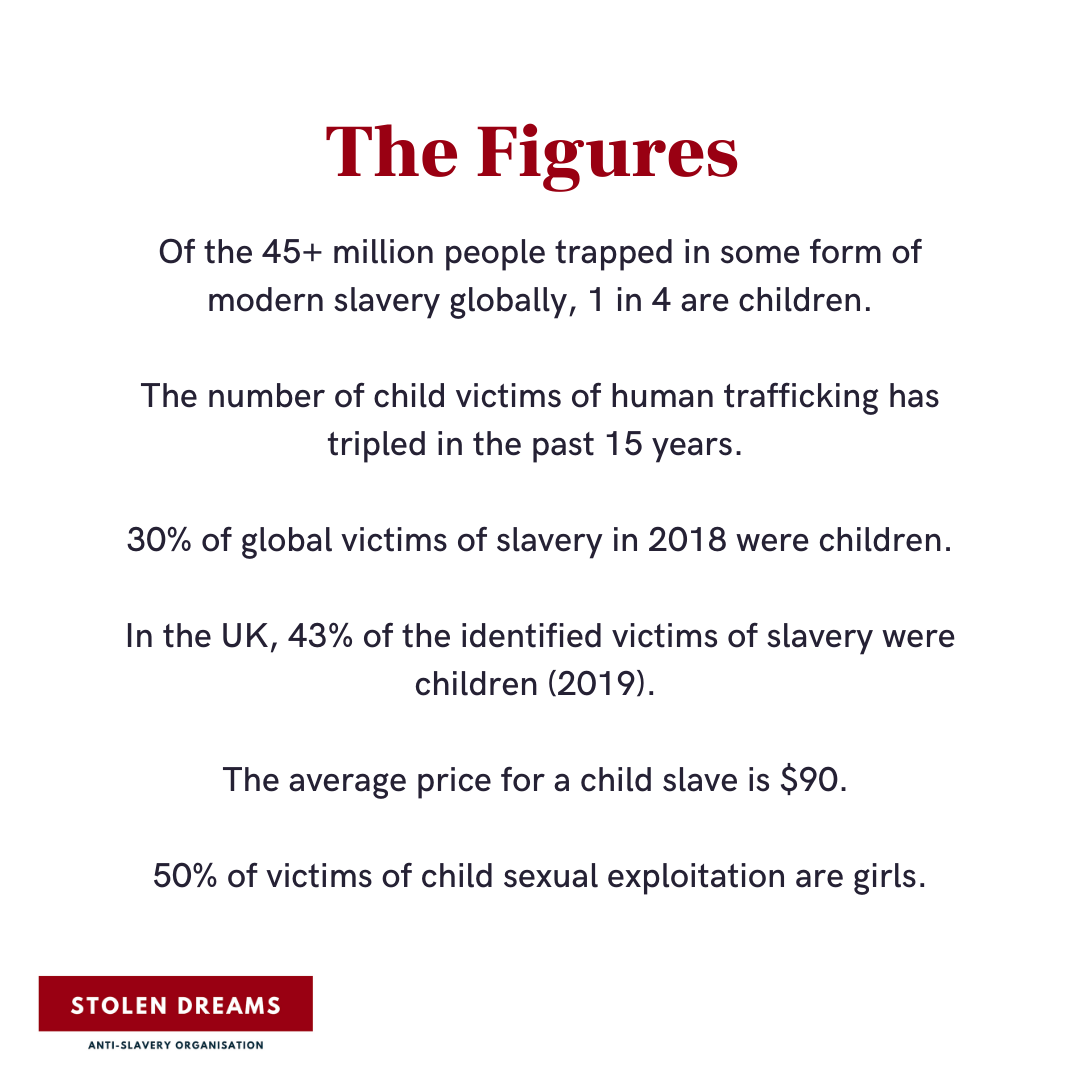 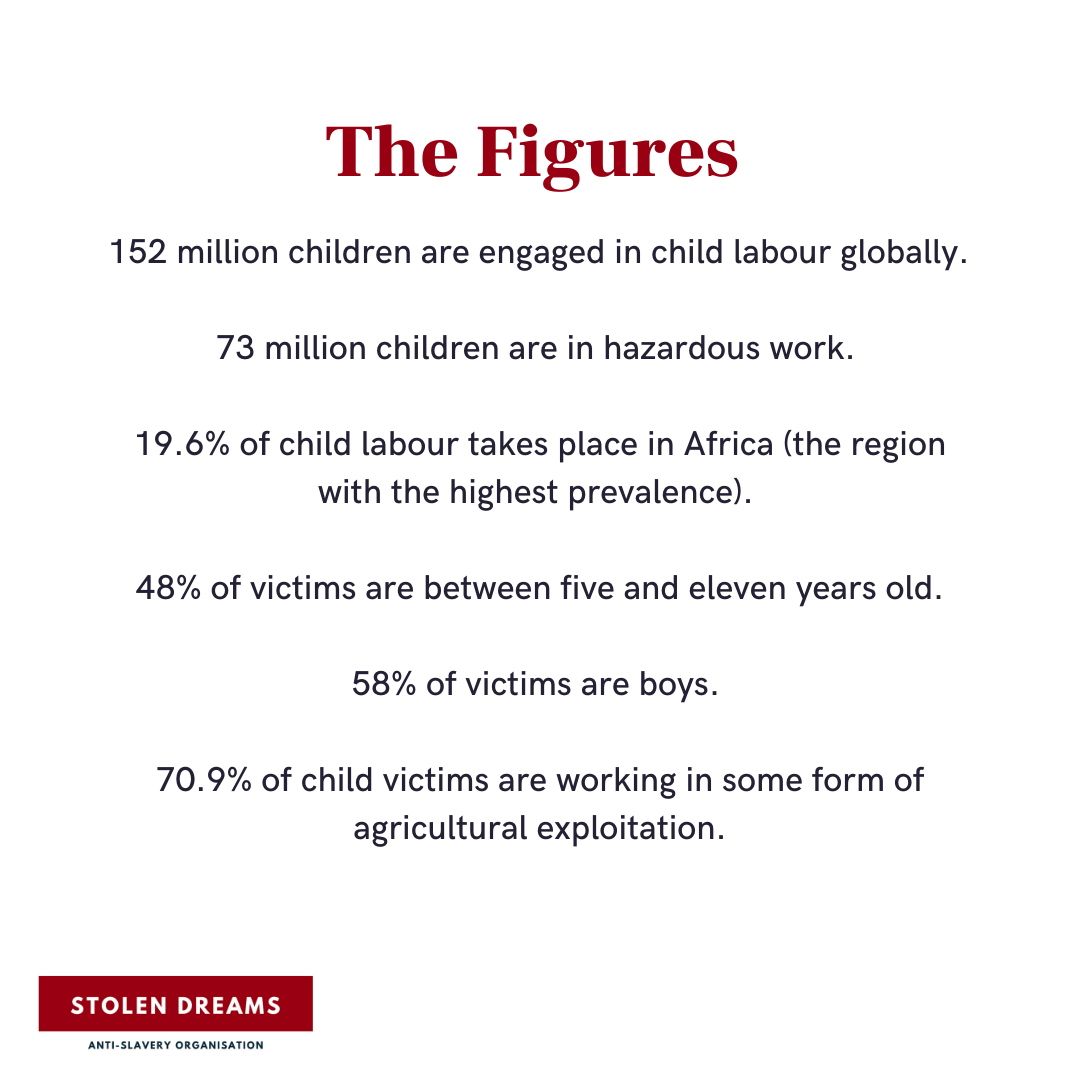 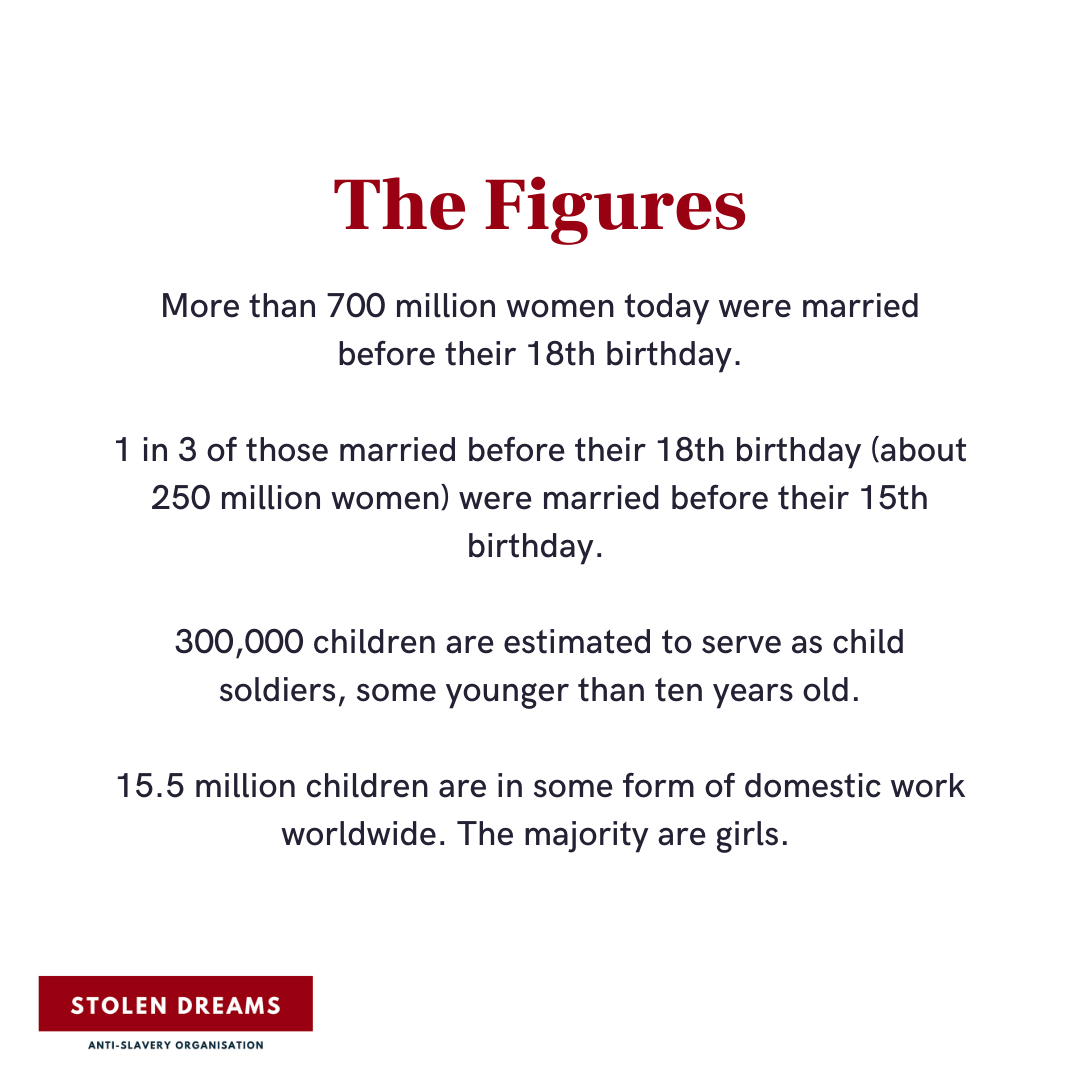 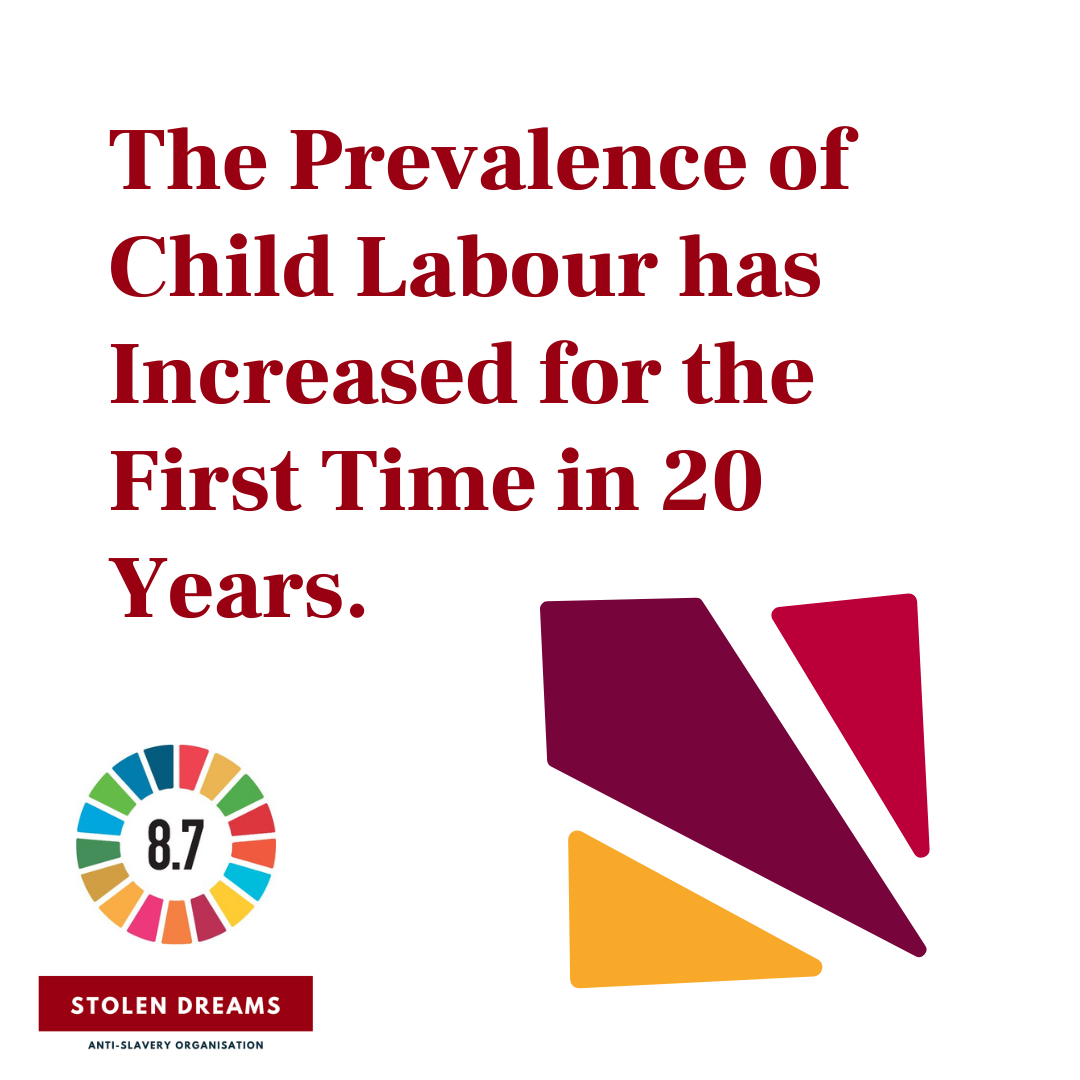 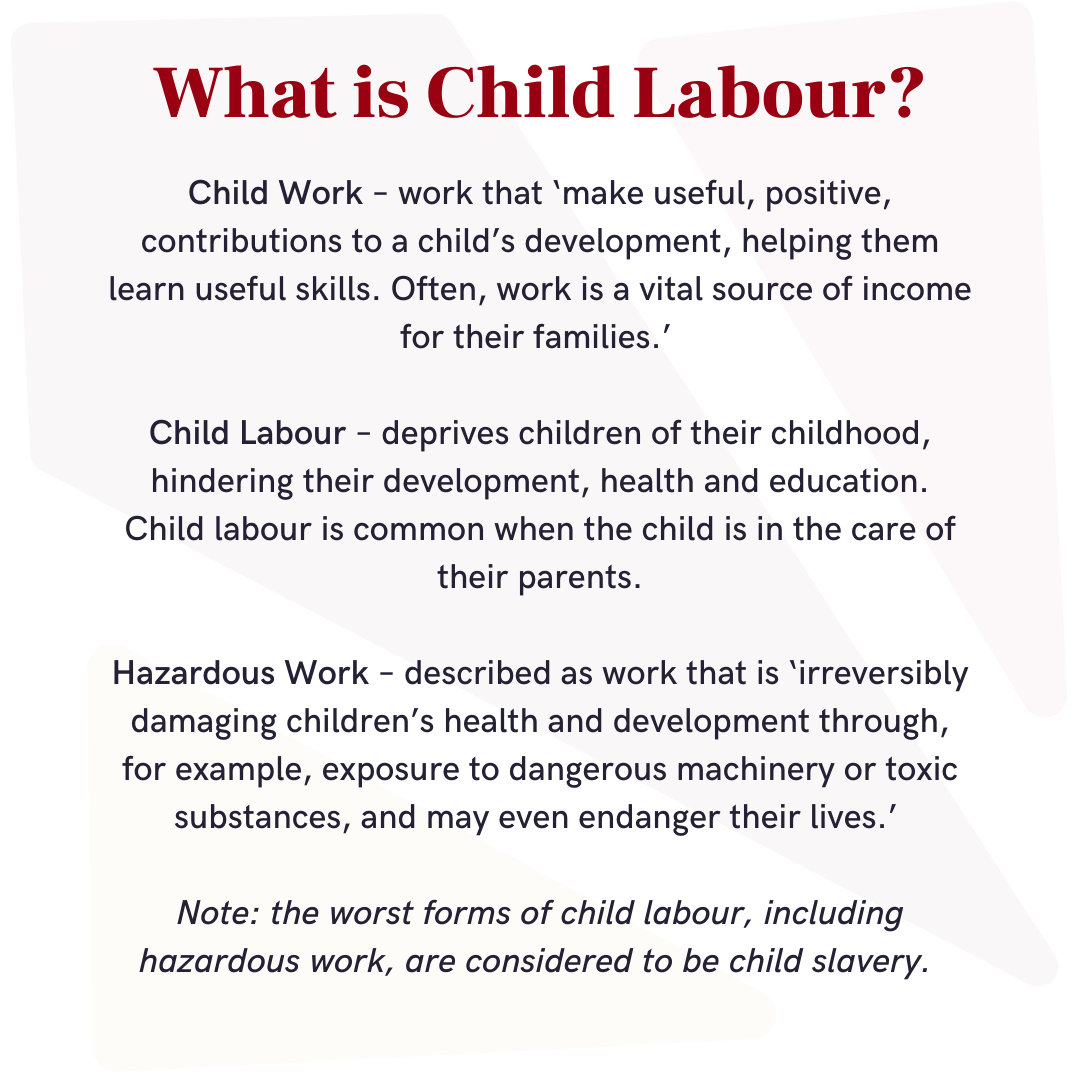 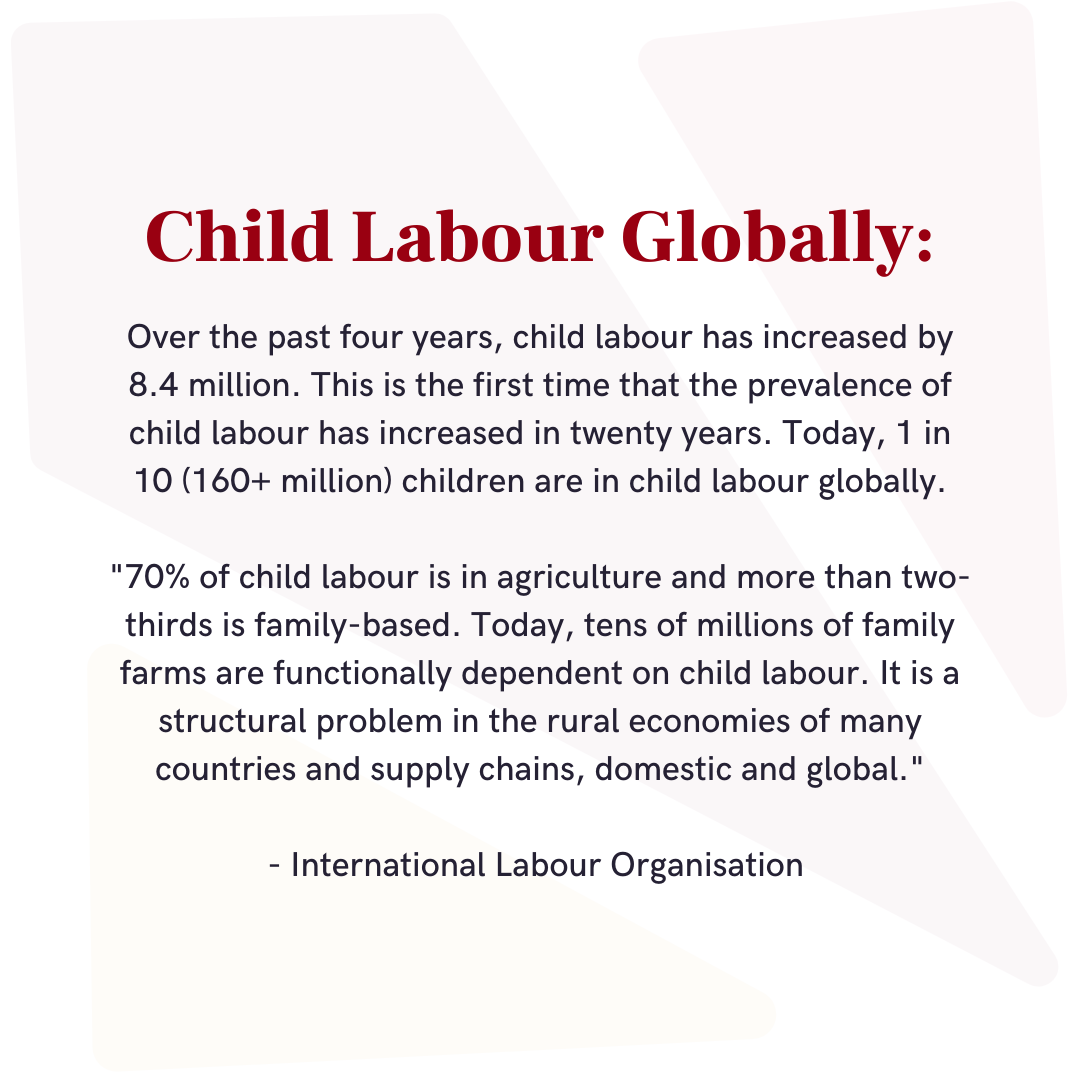 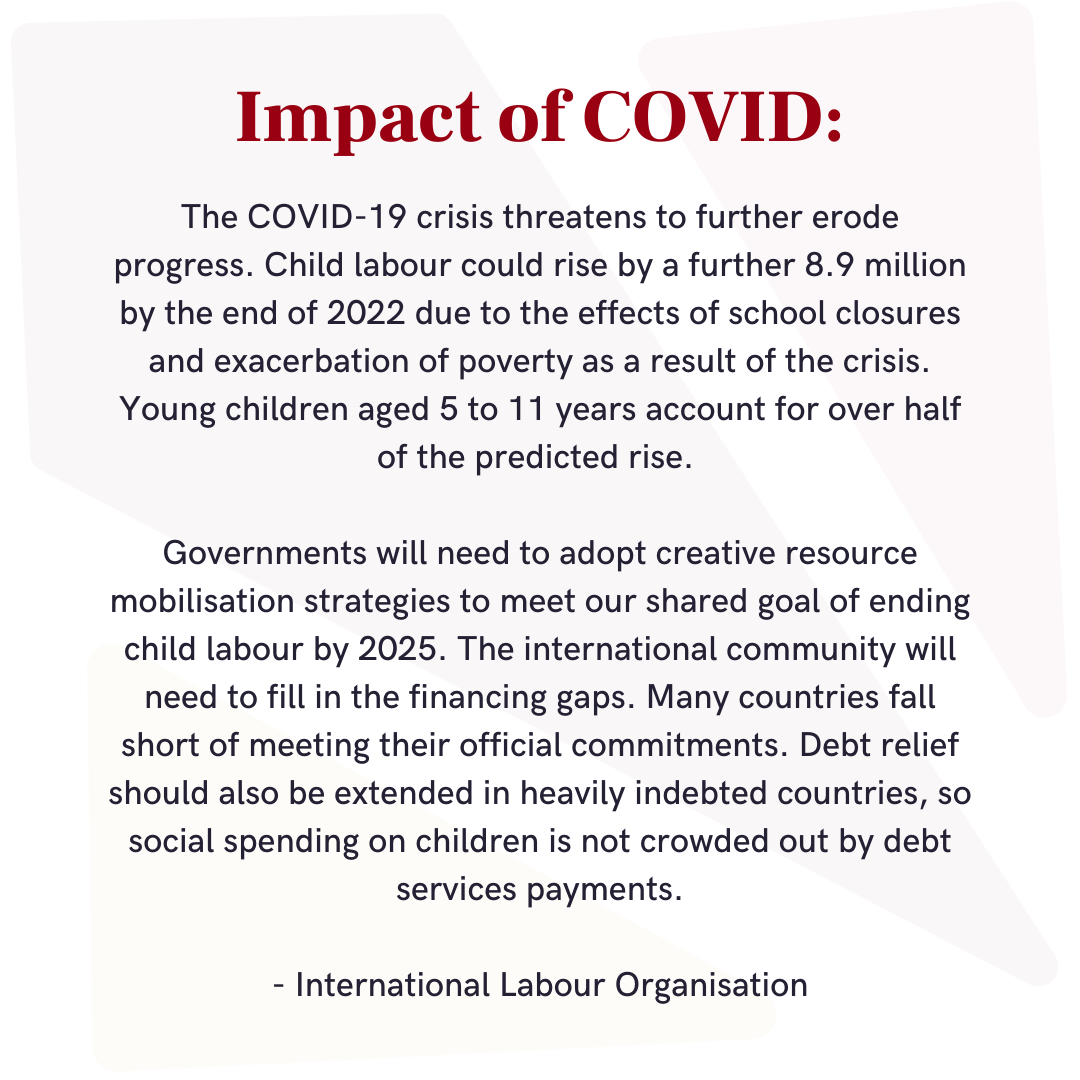 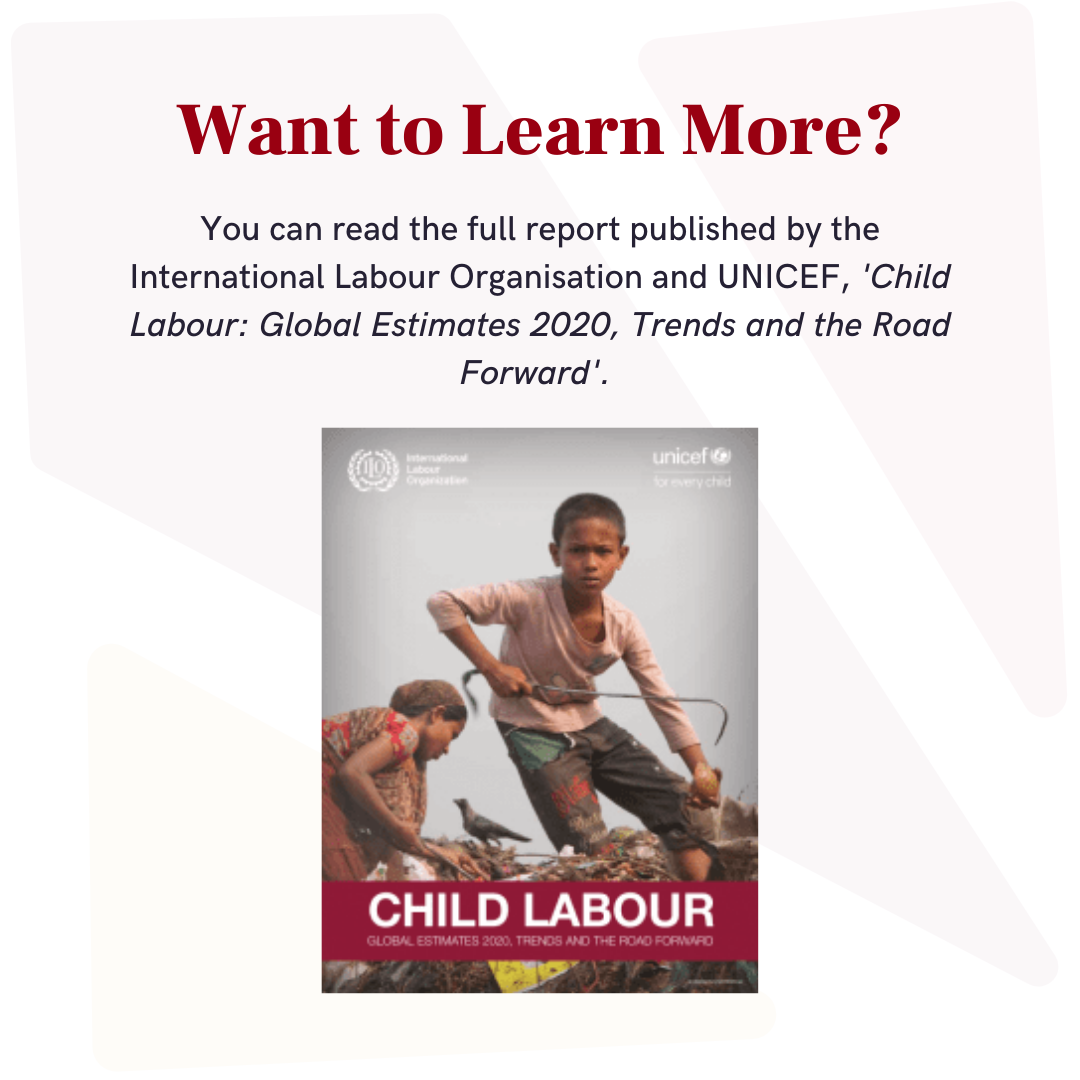