What is forced marriage?

Forced marriage occurs when an individual does not have the option to refuse marriage or is promised and married to another by someone else (i.e. a parent, relative or trafficker).

Forced marriage may also occur when an individual is forcibly transferred to another in exchange for some type of payment or when a widow is given no choice and inherited by one of her husband’s male relatives.

Crucially, forced marriage occurs when at least one of the marrying parties does not give their consent.

In 2017, the International Labour Organisation recognised forced marriage as a form of modern slavery.

There are over 15.4 million victims of forced marriage globally; most are between the ages of 14 and 24. 37% of those forced to marry are children (under 18 years old).

84% of victims of forced marriage are women and girls.

6.6 million children are forced to marry before the age of 15 globally every year.

Every three seconds, a child is married. Victims of child marriage are more likely to endure physical, emotional and sexual abuse.

Child marriage is considered a form of slavery when the child has not given their free and informed consent, is ‘owned’, controlled or manipulated through physical or emotional abuse, threats, or exploitation, and cannot realistically leave or end the marriage. If an adult suffers these experiences, forced marriage is considered slavery.

Where does it occur?

Child marriage thrives in many countries, but it is most commonly found in South East Asia and sub-Saharan Africa.

55% of forced marriages occur in the Asia and Pacific regions.

Niger is estimated to have the highest proportion of child marriage, with 76% of girls married before they are 18.

In 2019 there were 8,000 reports of forced marriage documented in the United Kingdom.

Why does it occur?

Forced marriage is common in rural areas where people are typically economically vulnerable, gender imbalances are present and hence, any future prospects for women and girls are limited. Rural areas also have more traditional outlooks and girls who are unmarried may be under pressure by the community to marry as soon as possible.

Poverty: In the developing world, over half of girls from the poorest families are married as children. For some families, giving a child away for marriage reduces expenses. Families may also sell their children for the purposes of marriage.

Traditions and gender imbalances: traditionally, in some cultures, it is normal for children to be married young and as quickly as possible. This results in pressure on young girls to conform to marriage.

Lack of policy: there is little robust and effective legislation that protects people from forced marriages. Even with policies in place, rural areas may be ignored. Corruption could allow perpetrators to facilitate forced marriages without any accountability.

What can be done?

1. Work with communities to address gender imbalances, to ensure girls are staying in school and continue their education. Work with men and boys to shift toxic patriarchal attitudes.

2. Provide safe spaces and support networks for women and girls at risk of forced marriages.

4. Urge authorities to adopt robust and effective policies to reduce cases of forced and early marriage.

5. Use social media channels to raise awareness and highlight the negative impacts of forced marriage. 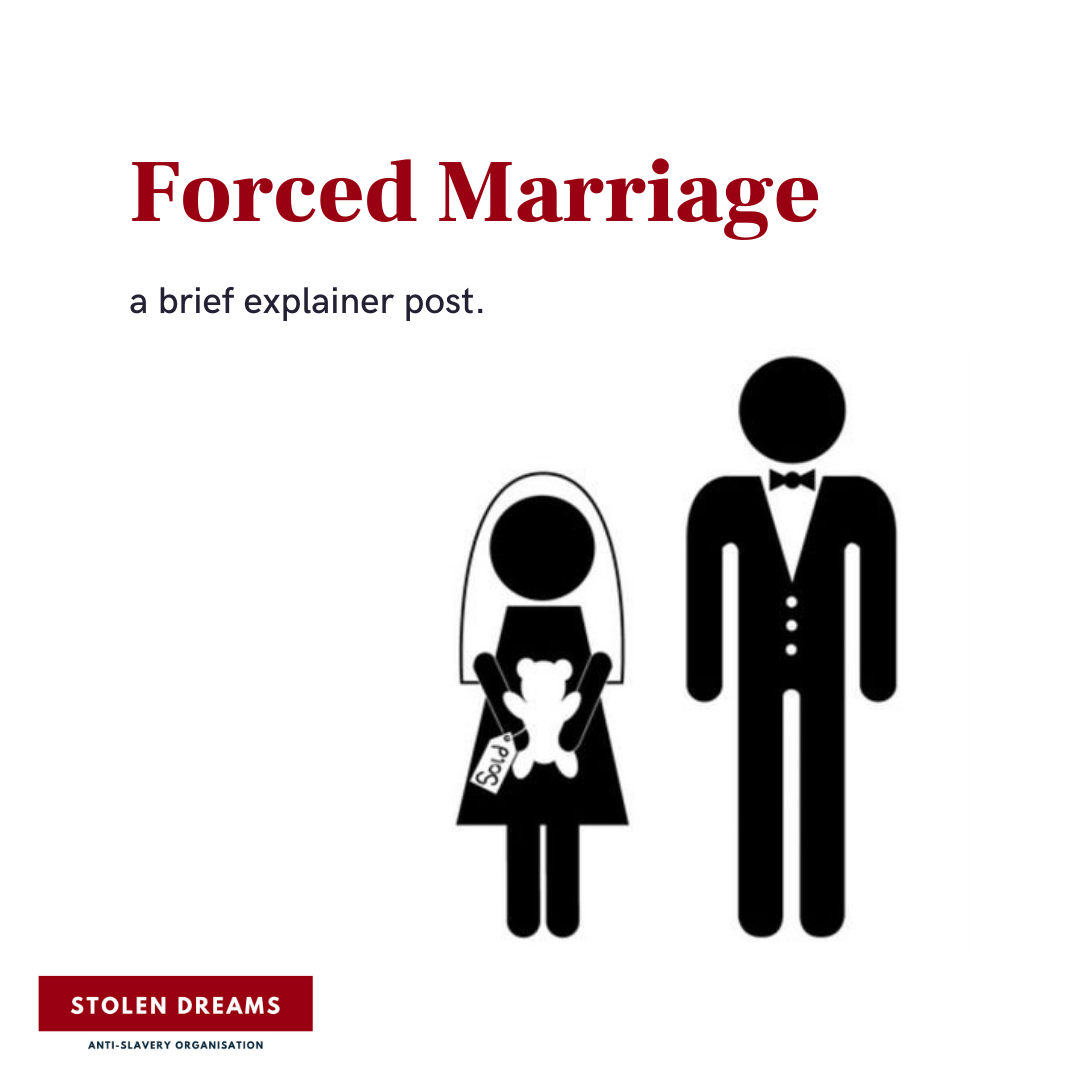 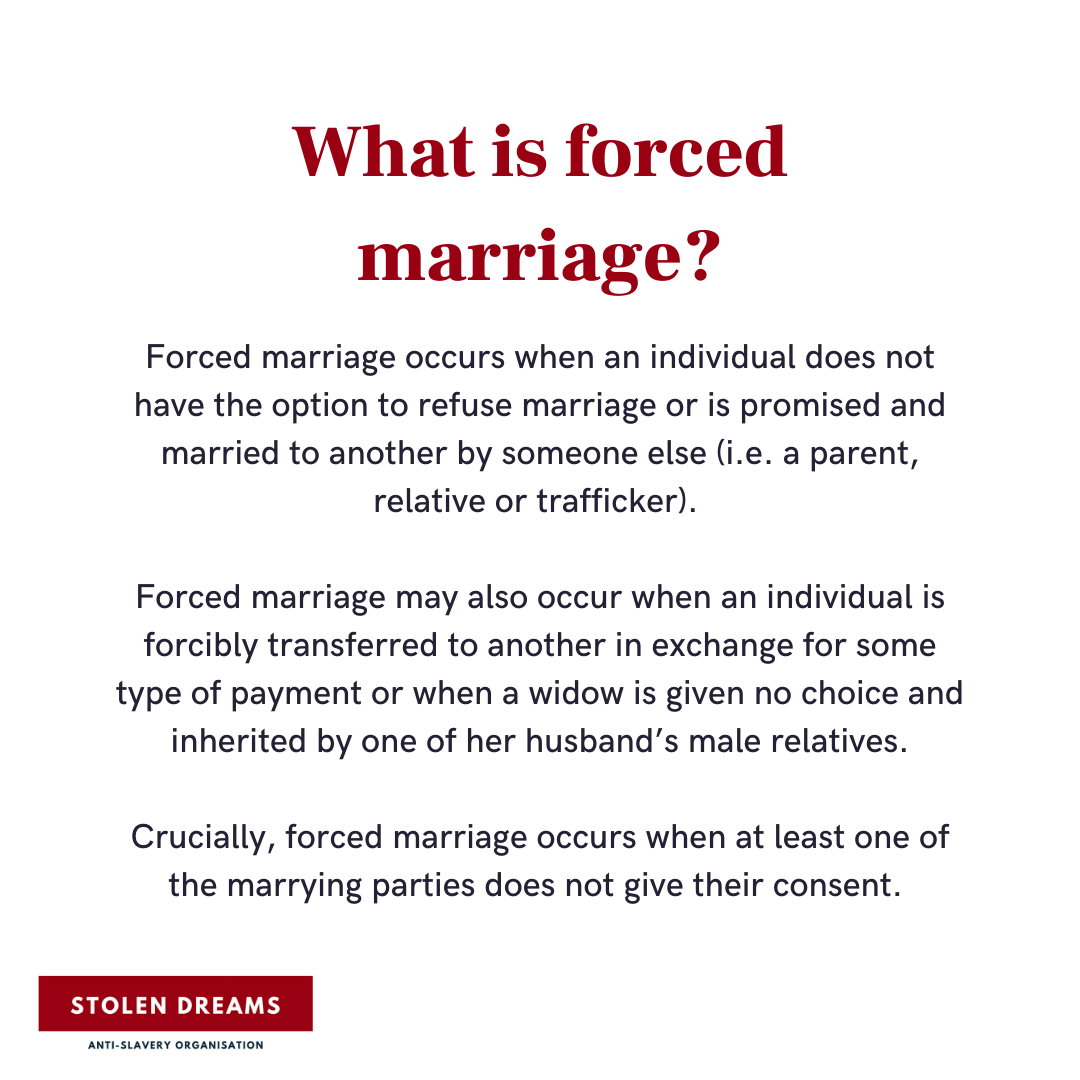 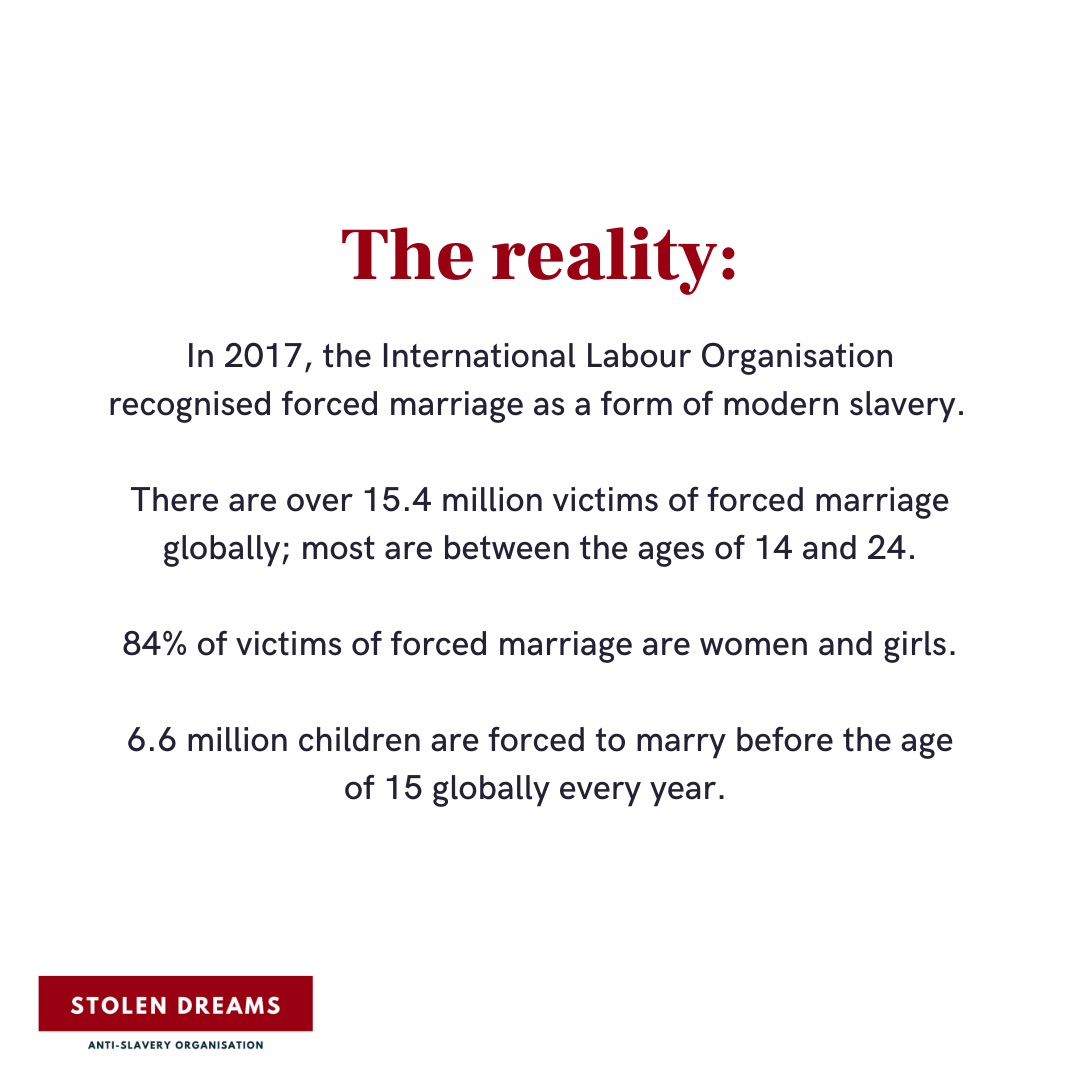 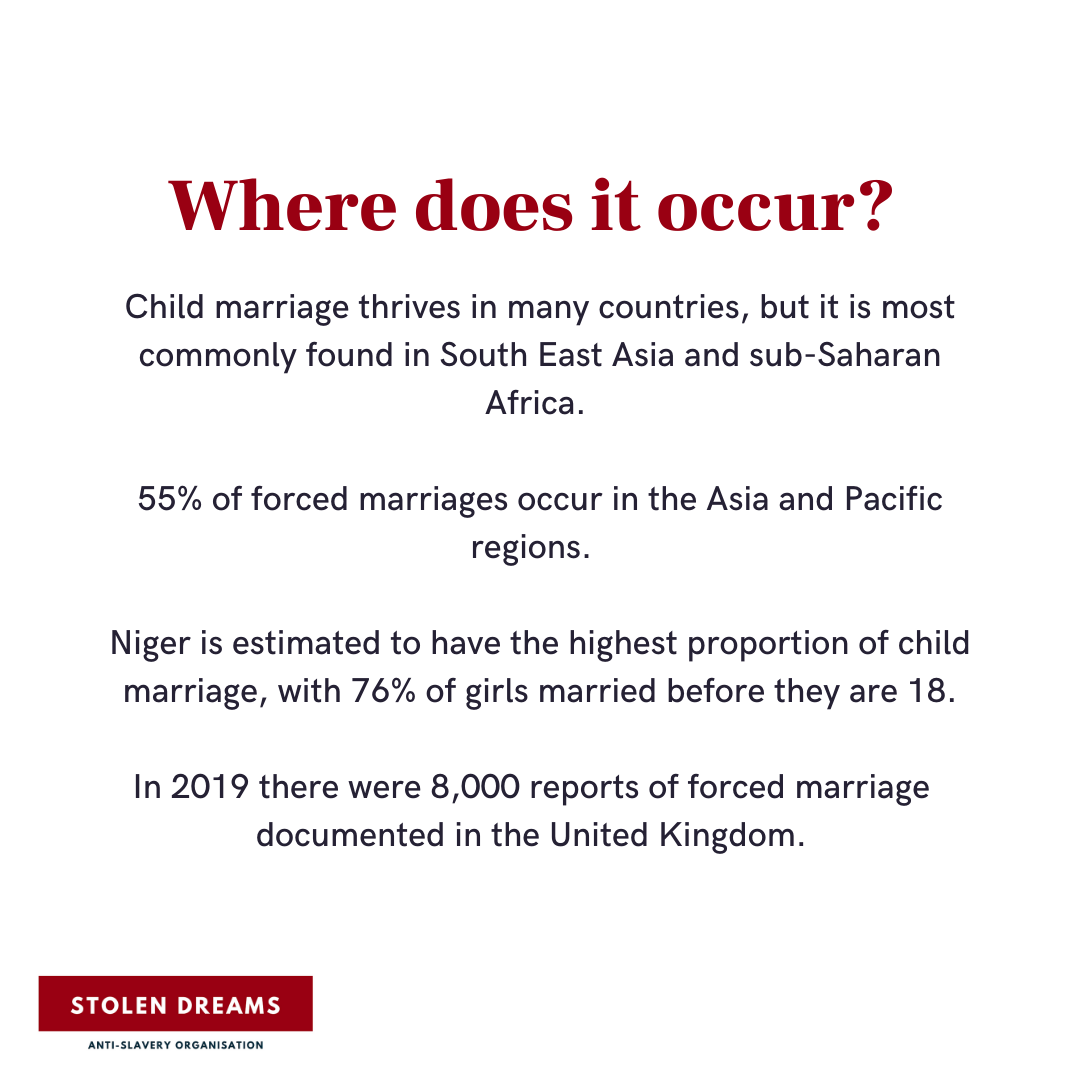 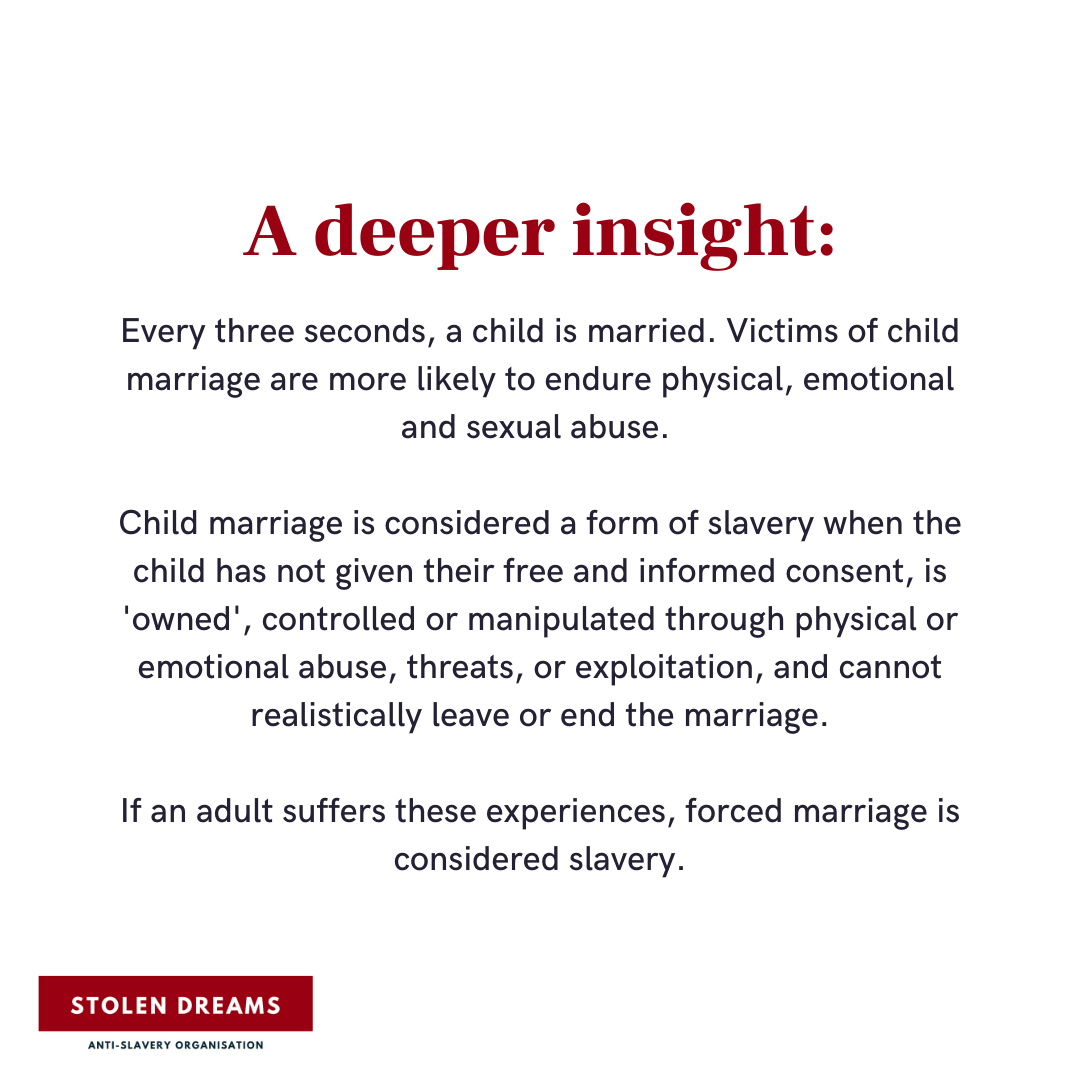 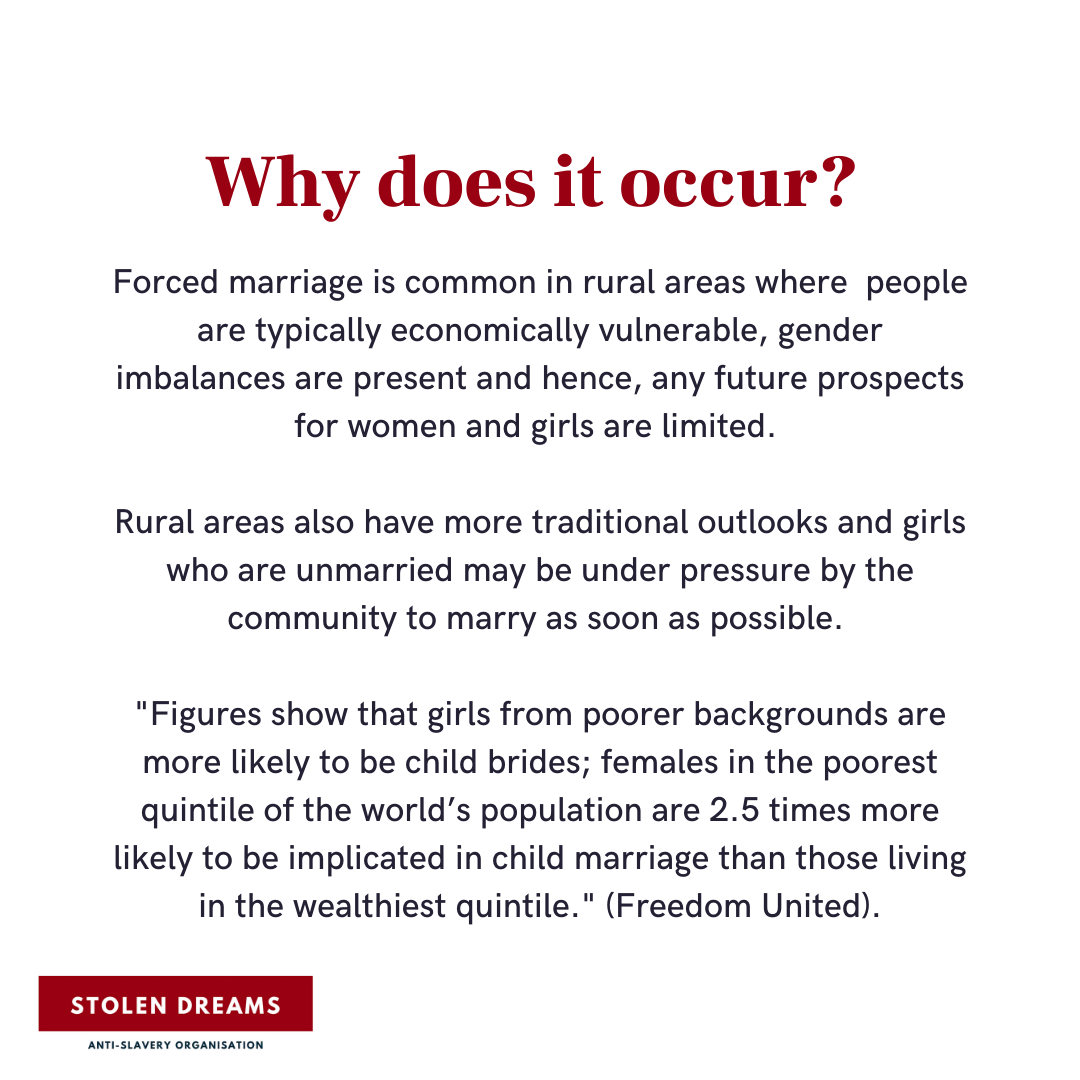 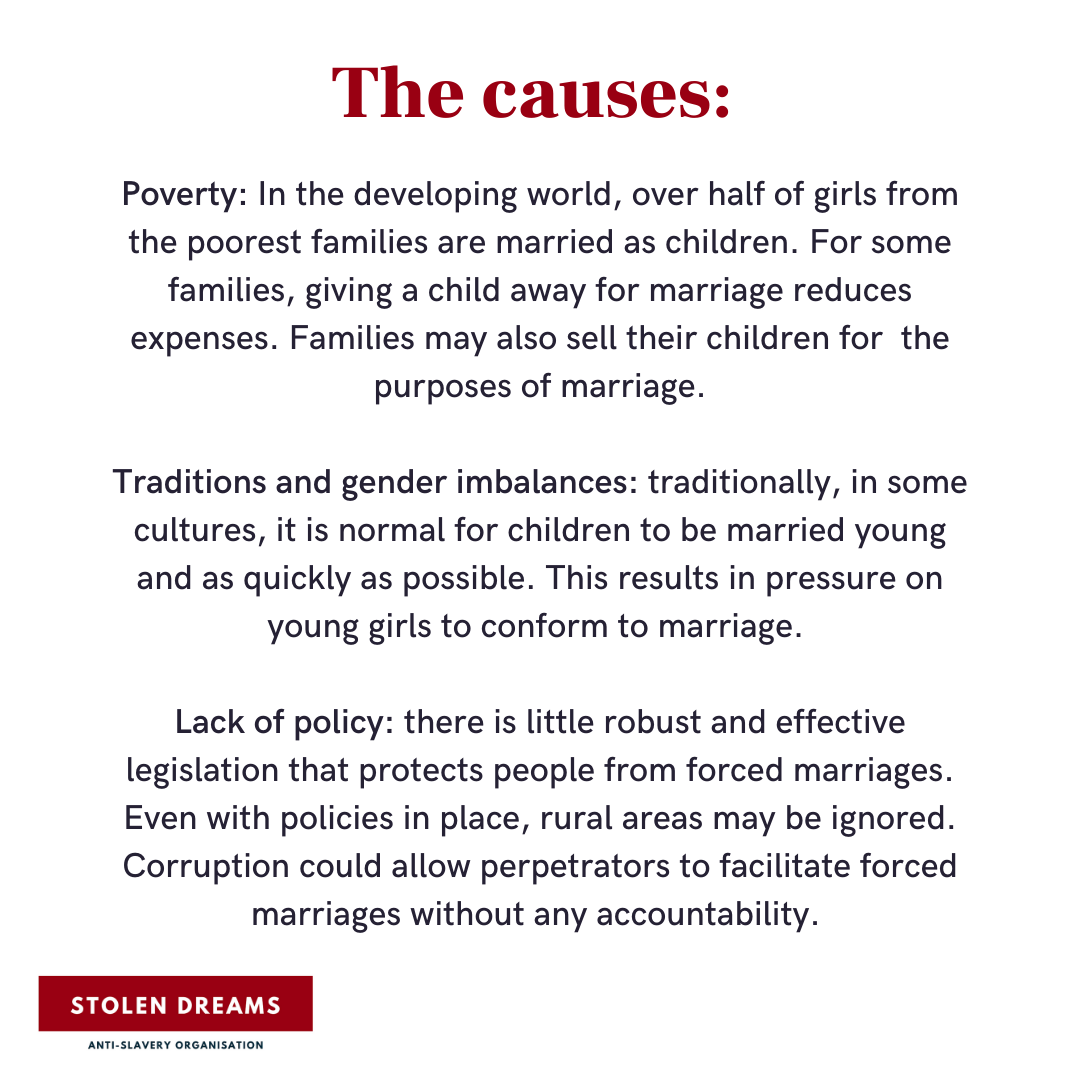 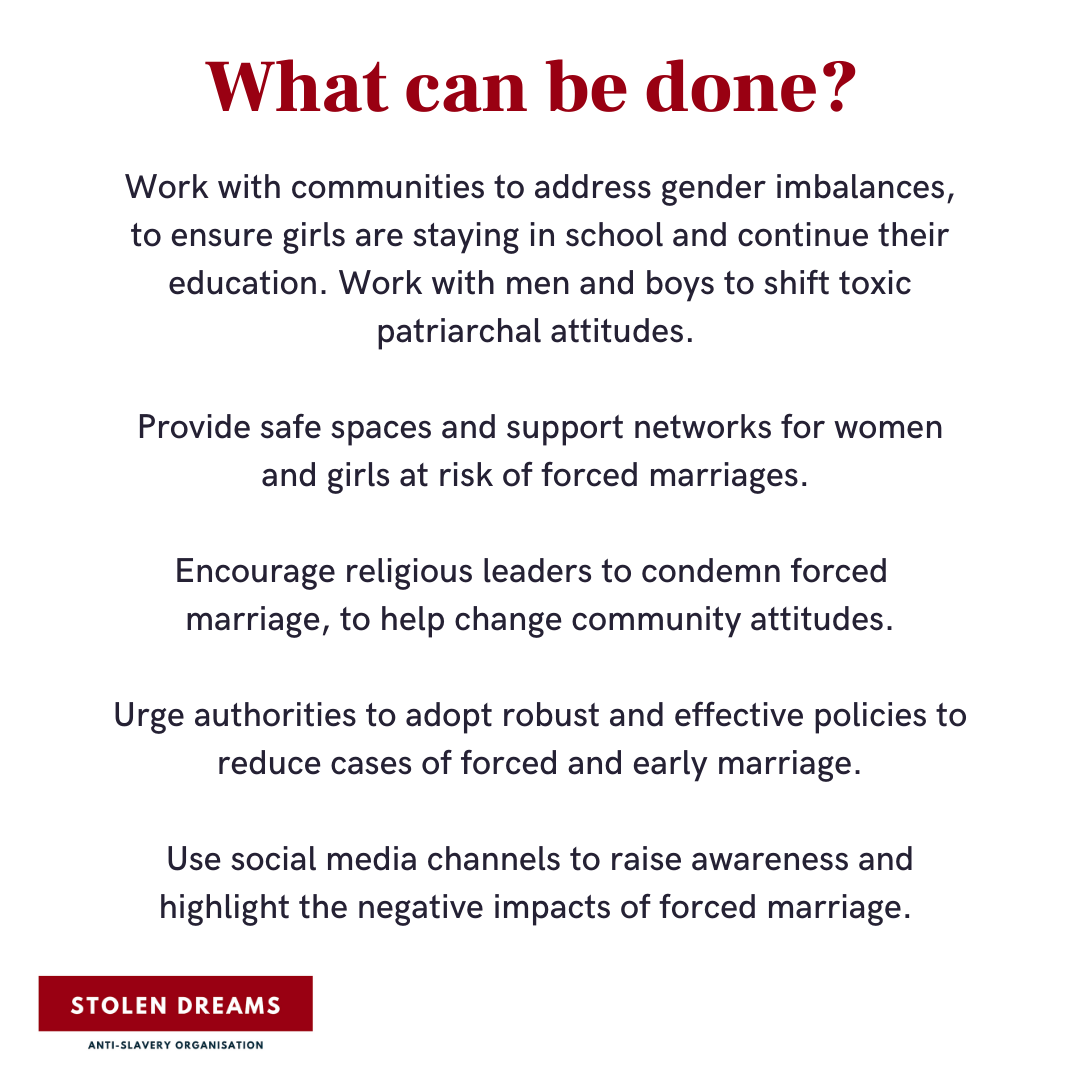